I-70 traffic stop leads to discovery of 5 lbs. of heroin 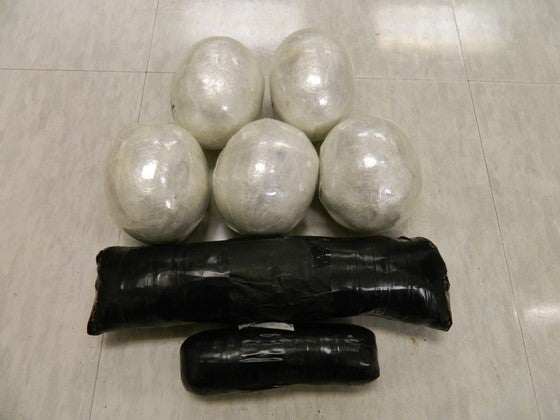 According to Indiana State Police, a trooper pulled over a car with Oregon plates that was following too closely just before 10 a.m.

The trooper became suspicious and called for a K-9 unit to check for illegal drugs. The dog gave a “positive indication” at the trunk area of the car and a search led to the discovery of seven packages of suspected heroin, weighing about five pounds with an estimated street value of $225,000.

Police believe the two people in the car were traveling from California to Ohio.

Edgar Ramos-Luna, 23, and Emily Hernandez, 19, are both facing felony charges of dealing and possession.

They were taken to the Clay County Jail.