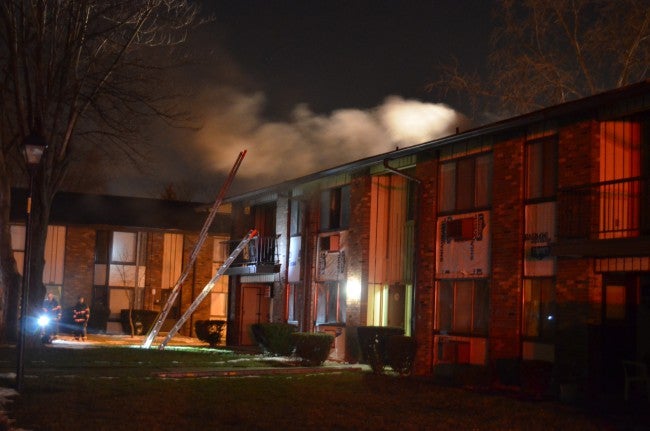 INDIANAPOLIS (WISH) – Two Indianapolis fires one day apart have something in common. Investigators say children are to blame for the blazes.

The first fire happened on Thursday in the 3100 block of Guilford Avenue. No one was hurt, but investigators said an 8-year-old boy started the fire. He was arrested and taken to the juvenile detention center.

On Friday night a fire broke out at the Kingston Square Apartments on Twin Oaks Drive. Officials said the fire started in a bedroom of one of the apartments and quickly spread out of control. Thirteen people safely made it out of the building, but they were displaced.

Reith said most kids are curious about fire, but that curiosity can sometimes cause big problems.

The Indianapolis Fire Department participated in Fire Stop, a national program that’s aimed at teaching children the dangers of fire.

“There are some specific age appropriate counseling involved. Plus, there are other agencies that are brought in to deal with other issues that are going on in the home that would precipitate this type of behavior,” Reith said.

In addition to talking to their child about the danger of playing with fire, Reith said parents should also make sure not to leave matches or lighters in their child’s reach.

“Children as young as two, three, and four if they find a lighter, especially the colored lighters that are fun and maybe have some colorful aspect to the lighter, they think that’s a toy. They think the pressing of the button and the flame popping up is a toy,” she said.

One thing fire officials encourage parents to do is teach their child that if there is a fire don’t hide but rather get out of the burning building.