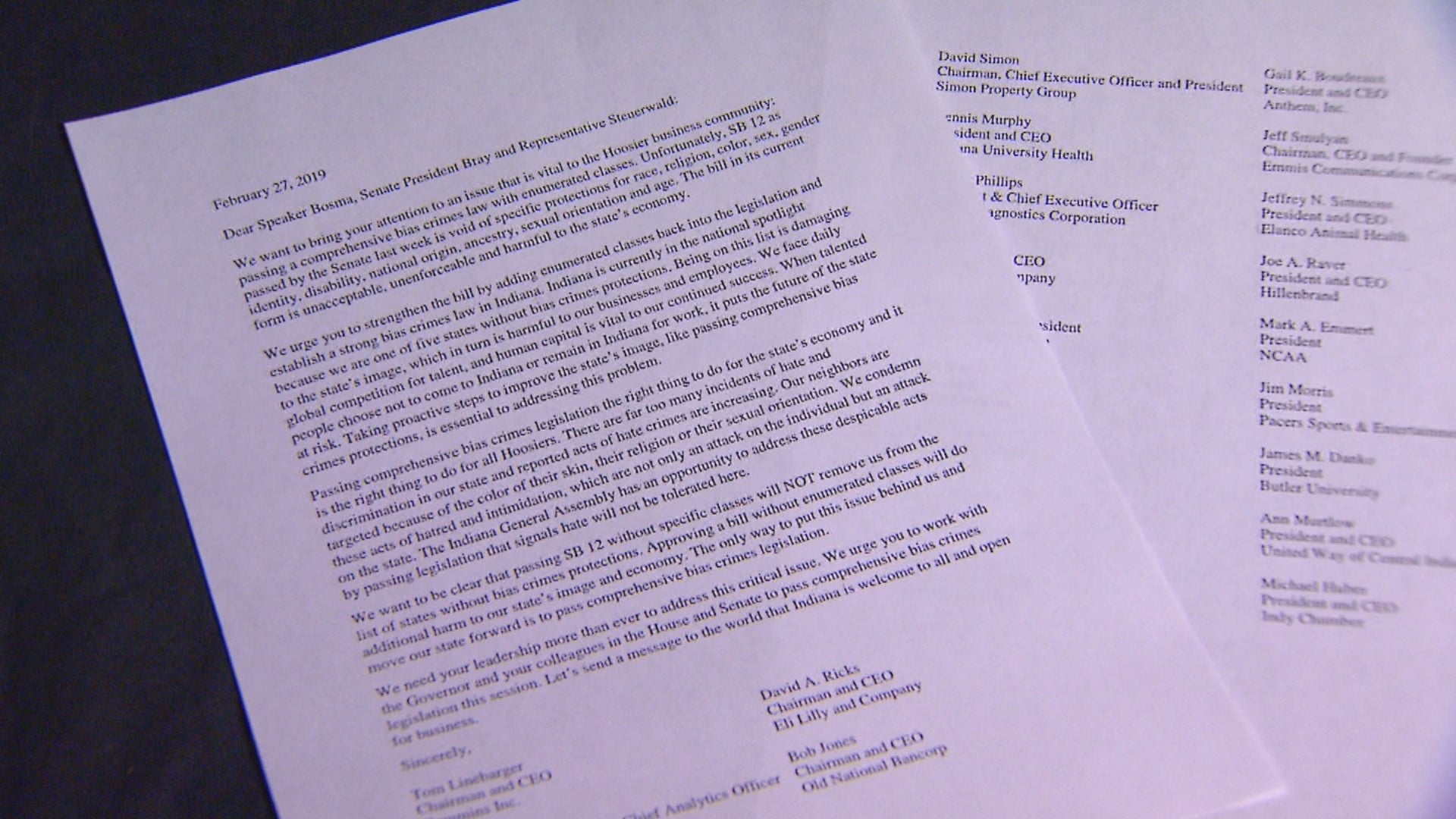 INDIANAPOLIS (WISH) — Presidents and CEOs for some of Indiana’s biggest employers have signed a letter urging state lawmakers to pass a comprehensive hate crime bill.

The current bill, which was referred to the Indiana House on Feb. 22, states a judge can consider bias in general as an aggravating circumstance.

The letter was addressed to House Speaker Brian Bosma, Senate President Rodrick Bray and House Majority Caucus Chair Greg Stuerwald. Bosma has not yet decided whether to assign the current measure to a House committee.

Jeff Smulyan, CEO of media conglomerate Emmis Communications, was among those who signed the letter. He said, “I think it’s hard for a lot of people to understand that, in attracting young people and people from out of this state, things like a hate crime bill matter a lot.”

He added, “We need to understand that these things matter and they matter to the people who become the workforce of this region.”

The letter said the amended hate crimes bill being debated is “unacceptable.”

Smulyan said, “It hurts recruitment. It hurts conventions. It hurts the workplace quality. It costs us money by being one of the five states that don’t have a hate crimes bill.”

CEOs and presidents from software company Salesforce, health insurance provider Anthem, IU Health, Butler University and the owner of Indianapolis Motor Speedway, Hulman & Co., were among those who signed the letter. An executive with Cummins, Marya Rose, had testified on the bill earlier this month.

“We have existing employees who have asked to be relocated outside of Indiana because they do not feel welcome and safe there,” Rose said in that testimony.

Gov. Eric Holcomb on Wednesday urged representatives to add the list back in.