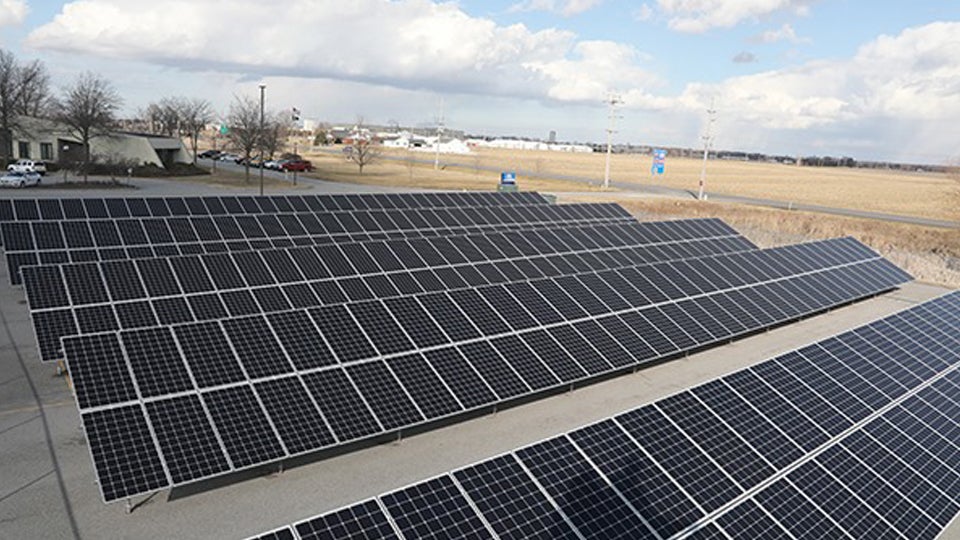 MERRILLVILLE, Ind. (Inside INdiana Business) – Northern Indiana Public Service Co., a subsidiary of Merrillville-based NiSource Inc. (NYSE: NI), has announced the next phase of its “Your Energy, Your Future” initiative. NIPSCO says two new solar farms in Boone and Henry counties are part of its plan to transition to lower-cost, cleaner energy resources.

The energy provider says its initiative is an effort to provide a more affordable, reliable and sustainable energy mix for the future.

“Renewable energy technology continues to advance and it plays an essential role in our progression toward providing lower-cost energy resources, while maintaining the reliability our customers expect,” said NIPSCO President Mike Hooper. “This latest addition is another exciting step forward for our customers and the state of Indiana as we look toward the future.”

NIPSCO says it plans to be coal-free by 2028, and the company is adding a combination of renewable energy sources, such as wind, solar and battery storage technology, to its natural gas resources.

Both solar projects will be developed, constructed, owned and operated by a subsidiary of Florida-based renewable energy developer NextEra Energy Resources LLC. NIPSCO says it has finalized two 20-year purchase power agreements with NextEra to acquire the power directly from the solar facilties.

“We are pleased to work with our partners at NIPSCO to bring low-cost, renewable energy to customers and economic growth to the state of Indiana,” said Matt Handel, senior vice president of development for NextEra Energy Resources. “These two solar projects will provide exciting new job opportunities, economic growth and clean, homegrown electricity in Indiana for decades to come.”

The solar projects are expected to be operational by mid-2023. NIPSCO says it plans to announce more renewable projects later this year.