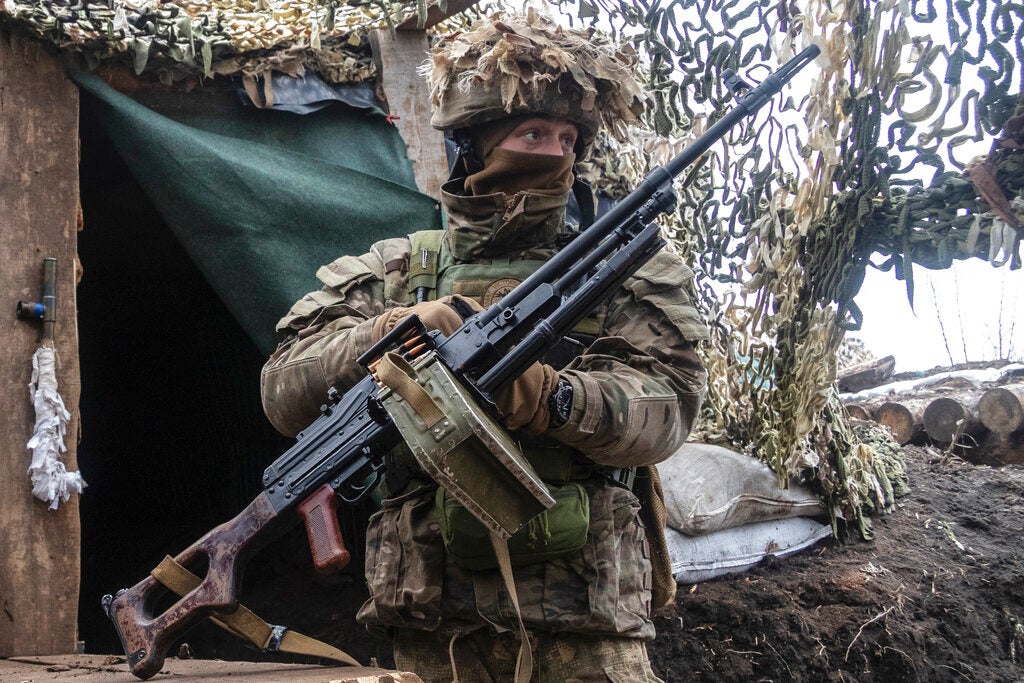 FILE -An Ukrainian soldier stands at the line of separation from pro-Russian rebels, Donetsk region, Ukraine, Monday, Jan. 10, 2022. Germany's refusal to join other NATO members in supplying Ukraine with weapons has frustrated allies and prompted some to question Berlin's resolve in standing up to Russia. (AP Photo/Andriy Dubchak,file)
by: YURAS KARMANAU Associated Press
Posted: Jan 25, 2022 / 06:48 AM EST / Updated: Jan 25, 2022 / 06:48 AM EST

KYIV, Ukraine (AP) — Ukraine’s leaders sought to reassure the nation that a feared invasion from neighboring Russia was not imminent, even as they acknowledged the threat is real and prepared to accept a shipment of American military equipment Tuesday to shore up their defenses.

Russia has denied it is planning an assault, but it has massed an estimated 100,000 troops near Ukraine in recent weeks, leading the United States and its NATO allies to rush to prepare for a possible war.

Several rounds of high stakes diplomacy have failed to yield any breakthroughs, and this week tensions escalated further. NATO said it was bolstering its deterrence in the Baltic Sea region, and the U.S. ordered 8,500 troops on higher alert to potentially deploy to Europe as part of an alliance “response force” if necessary.

The State Department has ordered the families of all American personnel at the U.S. Embassy in Kyiv to leave the country, and it said that nonessential embassy staff could leave. Britain said it, too, was withdrawing some diplomats and dependents from its embassy.

In Ukraine, however, authorities have sought to project calm.

Ukrainian President Volodymyr Zelenskyy said late Monday that the situation was “under control” and that there is “no reason to panic.”

Defense Minister Oleksii Reznikov said that, as of Monday, that Russia’s armed forces had not formed what he called battle groups, “which would have indicated that tomorrow they would launch an offensive.”

“There are risky scenarios. They’re possible and probable in the future,” Reznikov told Ukraine’s ICTV channel on Monday. “But as of today … such a threat doesn’t exist.”

Oleksiy Danilov, the secretary of Ukraine’s National Security and Defense Council, echoed that sentiment, saying that the movement of Russian troops near Ukraine’s border “is not news.”

“As of today, we don’t see any grounds for statements about a full-scale offensive on our country,” Danilov said Monday.

Russia has said Western accusations that it is planning an invasion are merely a cover for NATO’s own planned provocations. Kremlin spokesman Dmitry Peskov on Tuesday once again accused the U.S. of “fomenting tensions” around the Ukraine, a former Soviet state that Russia has been locked in a bitter tug-of-war with for almost eight years.

In 2014, following the ouster of a Kremlin-friendly president in Ukraine, Moscow annexed the Crimean peninsula and threw its weight behind a separatist insurgency in the country’s industrial heartland in the east. The fighting between Ukrainian forces and Russia-backed rebels has since killed over 14,000 people, and efforts to reach a peaceful settlement of the conflict have stalled.

In the latest standoff, Russia has demanded guarantees from the West that NATO would never allow Ukraine to join and that the alliance would curtail other actions, such as stationing troops in former Soviet bloc countries. Some of these, like any pledge to permanently bar Ukraine, are non-starters for NATO — creating a seemingly intractable stalemate that many fear can only end in war.

Putting the U.S.-based troops on heightened alert for Europe on Monday suggested diminishing hope that Russian President Vladimir Putin will back away from what U.S. President Joe Biden himself has said looks like a threat to invade neighboring Ukraine.

As part of a new $200 million in security assistance directed to Ukraine from the United States, a shipment including equipment and munitions is also expected to arrive Tuesday in Ukraine.

The U.S. moves are being done in tandem with actions by other NATO member governments to bolster a defensive presence in Eastern Europe. Denmark, for example, is sending a frigate and F-16 warplanes to Lithuania; Spain is sending four fighter jets to Bulgaria and three ships to the Black Sea to join NATO naval forces, and France stands ready to send troops to Romania. 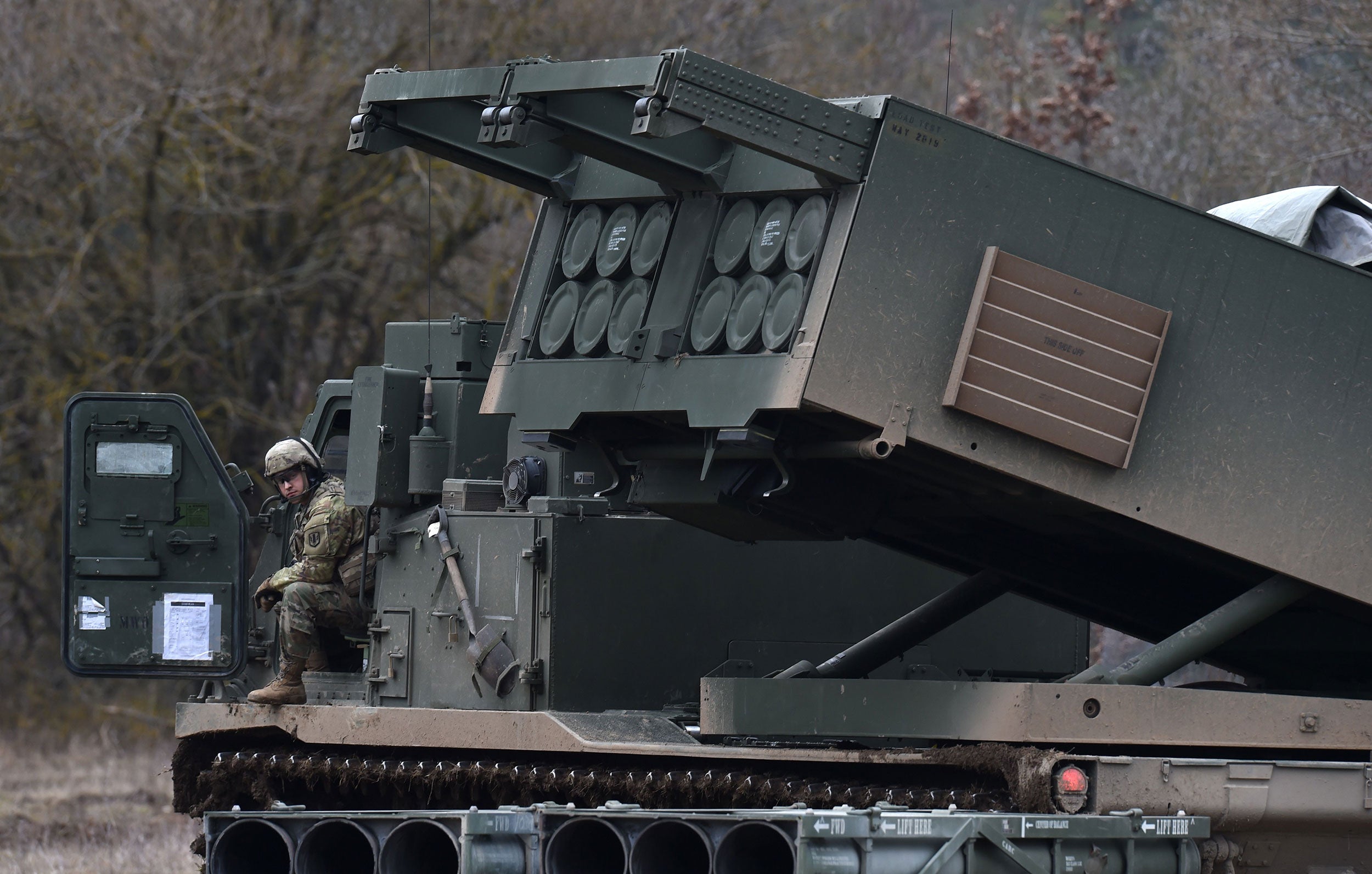 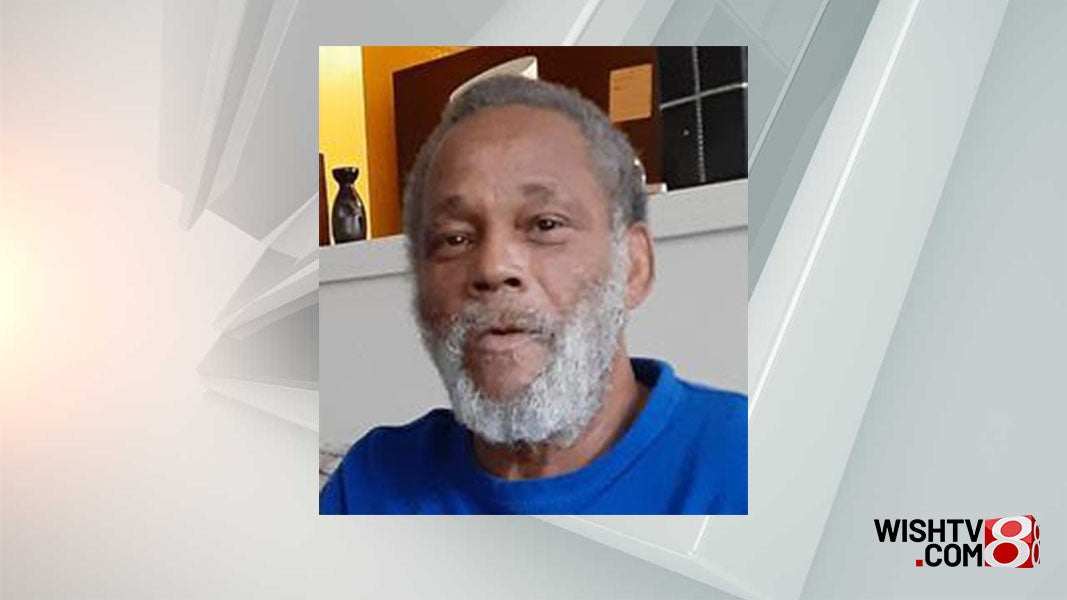 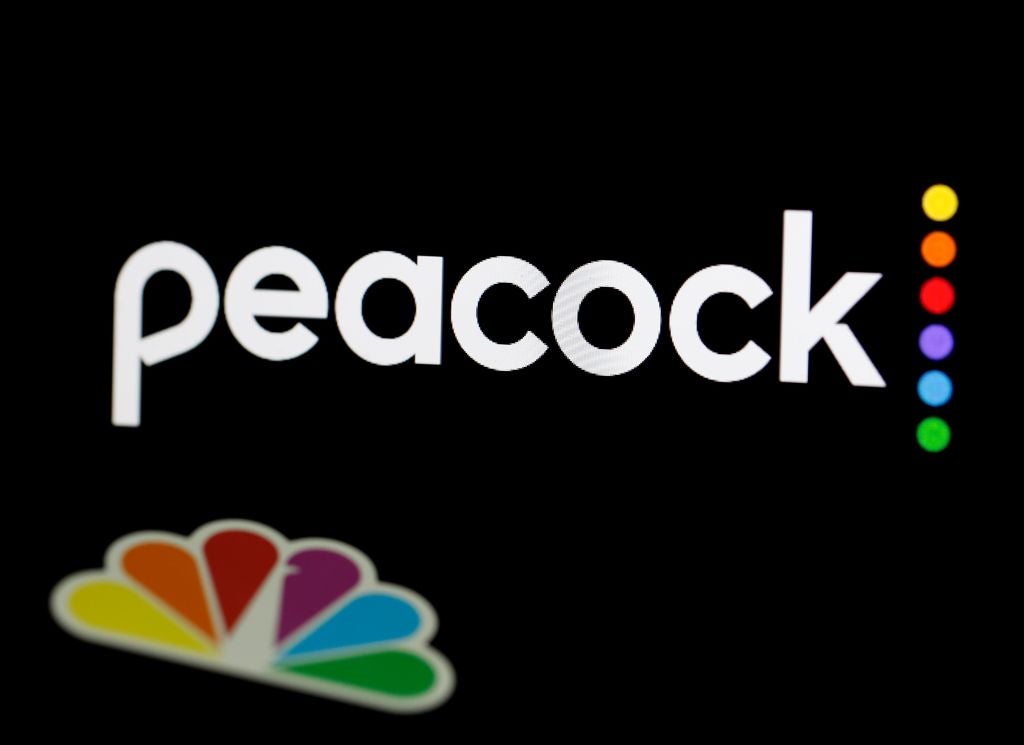 Indianapolis 500 to air live Peacock, but not on local TV 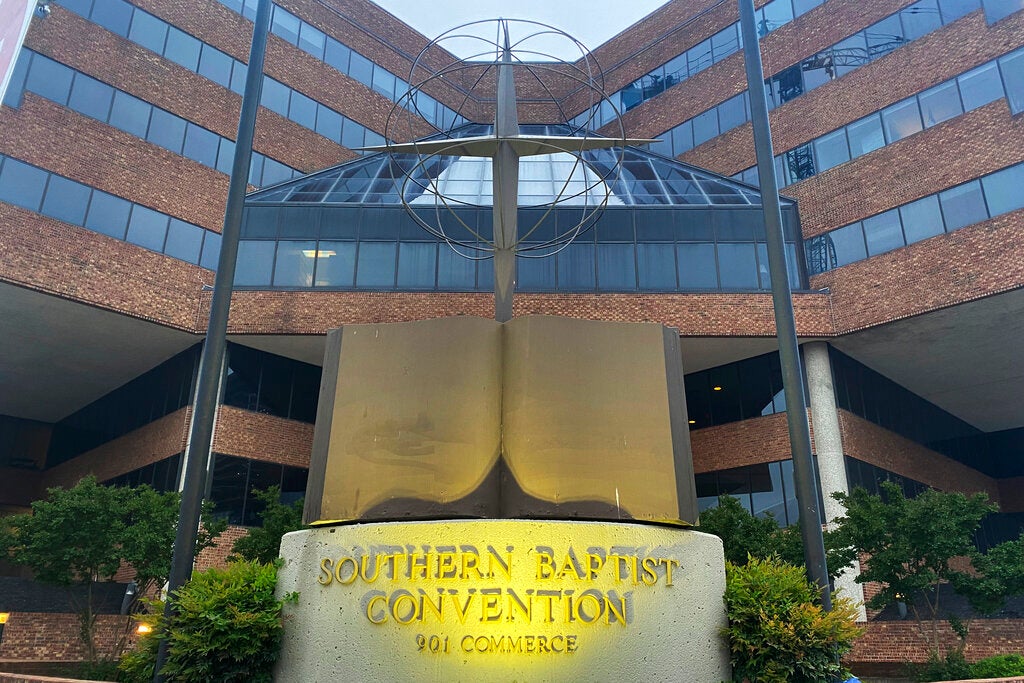