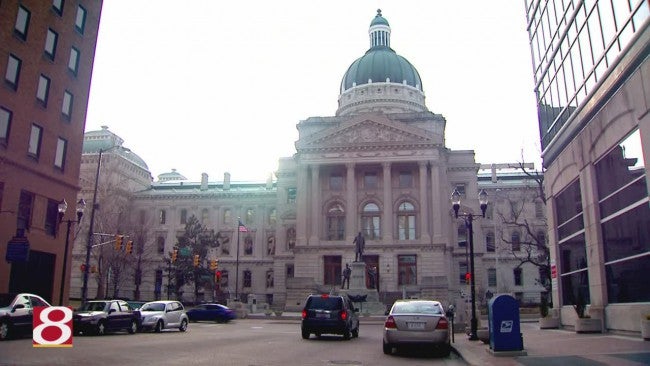 Lawmakers are considering a bill that would permit riverboat casinos to move on land and allow the racinos in Anderson and Shelbyville to have live dealers at table games.

The idea of replacing video dealers at the racinos with real people has divided the General Assembly.

The House voted to make it happen immediately.

The Senate voted to make it possible in five years.

“One thing I really liked about those live table games,” said Sen. Tim Lanane (D-Anderson) “was that it was an opportunity to immediately create jobs.”

A conference committee is charged with settling differences between the House and Senate and most of the debate Wednesday centered on the live dealers.

Centaur Gaming owns the racinos in Anderson and Shelbyville and a spokesman said the change would mean as much as $9 million in tax revenue for the state.

“Table games in a limited format have been removed from the bill,” said John Keeler, Centaur gaming. “We believe that’s something that, we believe, is harmful to the state, harmful to Centaur, and harmful to our communities.”

But it’s not that simple. Other Indiana casinos would lose customers, including Hollywood Casino in Lawrenceburg.

“We would lose jobs,” said John Hammond, the lobbyist for Hollywood. “In Lawrenceburg’s case about 50 jobs, about 2 million in tax revenues would be a part of that loss.”

And while lawmakers try to decide which wager they will make, the governor has said he won’t approve an expansion of gaming and that may include live dealers.

“Whether it was an expansion of gaming, I think, is debatable,” said Rep. Terri Austin (D-Anderson).

And the real purpose of the gambling bill is to help battle competition from out-of-state casinos.

That could lead to more free plays and free drinks for customers, and tax breaks for some casinos.

A compromise must be found in the next week.