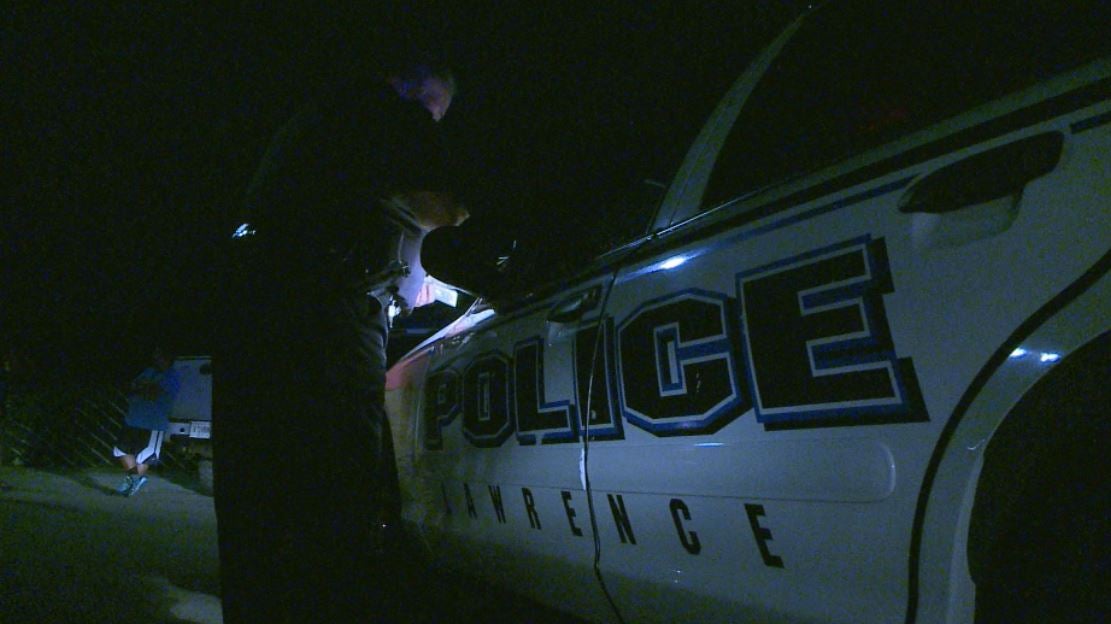 LAWRENCE, Ind. (WISH) – Any given night on police patrol involves an unpredictable agenda as displayed on a Friday night in September by Reserve Sergeant Mel Keaton.

Keaton escorted 24-Hour News 8 on a ride along to show what he and his fellow officers are looking for under the cover of darkness.

During the four-hour ride along, Keaton responded to a call of shots fired, disturbances and complaints of intoxicated subjects. When not dispatched to an issue, the sergeant would drive by businesses, schools and residential areas looking for any suspicious activity or abandoned vehicles.

According to Keaton, preventing criminal opportunities is the point of patrolling.

“Two things kind of motivate criminals. One is what’s in their heart and their desire and the other is opportunity,” Keaton said. “With an aggressive, high-profile, visible patrol tactic; that’s uniformed officers being out in the community, one of the things we’re doing by doing that is cutting down on a criminal’s opportunity just by being visible.”

Keaton is one of two dozen sworn reserve officers on the streets in Lawrence.