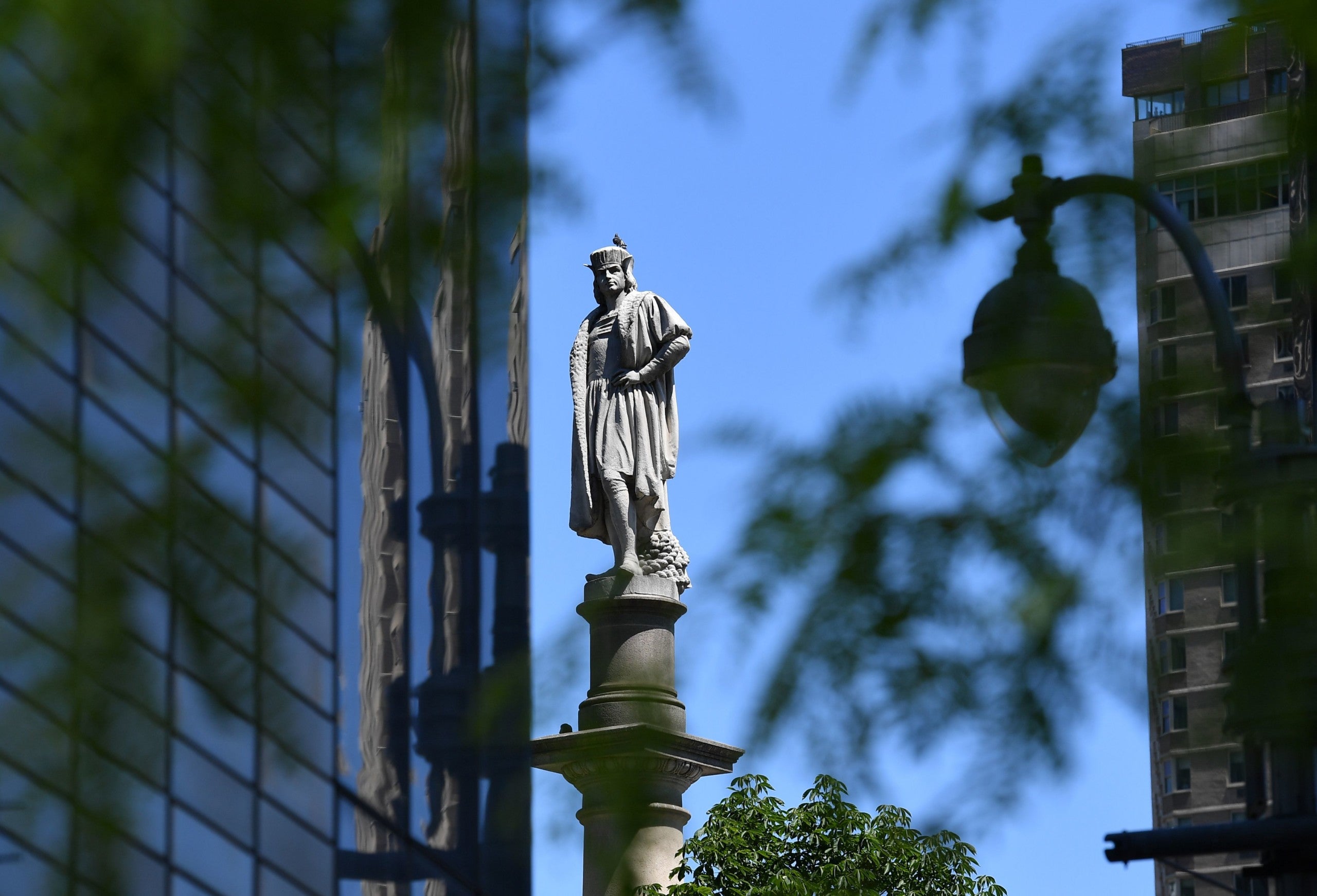 The statue of Christopher Columbus on June 12, 2020, at Columbus Circle in New York City. Governor Andrew Cuomo defended the statue at the circle on June 11, 2020, as a symbol of "Italian-American legacy" after calls to remove it mounted. - Statues of Christopher Columbus from Boston to Miami have been beheaded and vandalized as calls to remove sculptures commemorating colonizers and slavers sweep America on the back of anti-racism protests sparked by the death of George Floyd. (Photo by Angela Weiss / AFP) (Photo by ANGELA WEISS/AFP via Getty Images)
by: Alisha Ebrahimji, CNN
Posted: Jul 6, 2020 / 03:52 PM EST / Updated: Jul 6, 2020 / 03:52 PM EST

(CNN) — As cities across the US remove statues and memorials dedicated to figures in American history that some view as divisive, one Ohio city has offered to house eight of them.

In a declaration of independence of sorts, Newton Falls City Manager David Lynch on July 4th proclaimed the city a “Statuary Sanctuary City,” giving amnesty to unwanted statues from across the country.

In a letter, Lynch decreed that the city, 56 miles east of Cleveland, take in statues of George Washington, Abraham Lincoln, Thomas Jefferson, Ulysses S. Grant, Patrick Henry, Francis Scott Key, Theodore Roosevelt and Christopher Columbus and place them “in a place of honor and respect to inspire greatness and achievement by all who observe them.”

“Several days ago, I began thinking it would make sense to preserve the memory of the achievements of these icons through putting them in a place of respect in our community instead of having the statues gathering dust somewhere or maybe even being destroyed,” he said.

The day Lynch released his letter, protestors in Baltimore toppled a statue of Christopher Columbus and threw it into the Inner Harbor, according to CNN affiliate WBAL — one of many disputed status that have come down in recent days.

Apart from a Statue of Liberty, Newton Falls doesn’t currently have any other statues, Lynch said.

CNN reached out to the city’s mayor, Kenneth Kline, but he declined to comment.

“My proclamation was directed only to the 8 iconic names that I have listed in that document,” Lynch told CNN on Monday. “Because there are other statues of persons associated with the Confederacy that I do not support.”

Lynch said the city doesn’t want to become a general warehouse for all the country’s unwanted statues, rather, they would like to house one statue of each of the leaders mentioned in his letter.

“I was moved with sadness that people would forget the greatness of the achievements of these 8 great leaders if their statues were to disappear from the landscape of this country.”