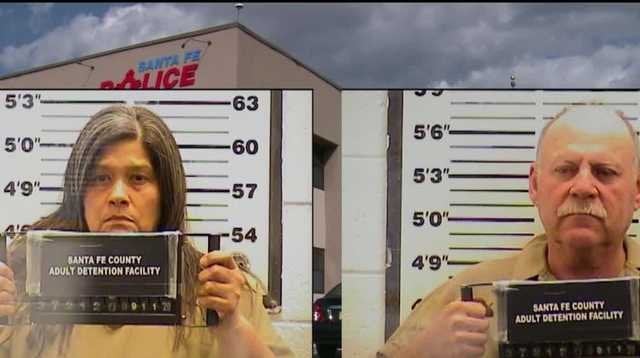 SANTA FE, N.M. (KOAT) — Santa Fe police arrested two parents, who are now facing child abuse charges. This is after authorities said they neglected to give their child the care he needed.

Capt. Anthony Tapia with the Santa Fe Police Department said this was a case unlike anything he’s seen before. It turns out the 14-year-old had a severe form of cancer and police said the family failed to provide any medical attention until it was far too late.

Now the parents, Maria Urias-Astorga and Ramiro Miranda-Quinonez, are behind bars.

“It was just a tragedy case to where he really needed medical care that should have taken place long before,” said Tapia.

Capt. Tapia said detectives were called Thursday to investigate a case involving possible child abuse. This after the teen was admitted to a Santa Fe hospital Monday, Sept. 7, and later transferred to the Presbyterian Hospital in Albuquerque in grave condition.

“The child had a large cancerous tumor encompassing the whole left side of his body,” said Tapia.

According to the affidavit, the child hadn’t been to the doctor in two years. And by the time he made it, he had stretch marks from rapid weight loss. The stretch marks were so severe medical staff first thought it was physical abuse. But, that wasn’t the case.

In talking to police, the family said he started throwing up a few weeks ago and wasn’t eating. They treated him with home remedies and herbs. That was because they said they didn’t have Medicaid. They also said he didn’t want to go to the doctor.

The child died Thursday night. Police conducted a search warrant of the family’s home in Santa Fe, a few miles northeast of the airport.

On Friday, police arrested the parents, Urias-Astorga and Miranda-Quinonez. The parents are charged with abuse of a child resulting in death.

“Really, we need to fully understand of why medical attention was not rendered to this child,” said Tapia.

According to the affidavit, doctors said the cancer the teen had would have taken six to 12 months to develop. They also said if he would have gotten care sooner, he would have likely survived.

Police said no other minors are believed to be involved.