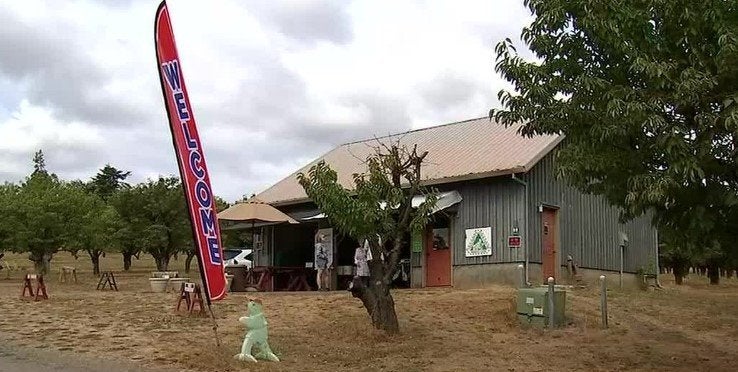 SHERWOOD, Oregon (KPTV) — The Washington Fruit Commission reported that farmers across the region are still dealing with the damage from storms back in April.

“We have eight rows of just apples and there’s some smaller trees that have absolutely none,” Poindexter said.

Officials with the WSFC said the price of apples could go up in stores as farmers across the region have been affected.

Poindexter said his orchard has only seen about half of its normal crop this year, but he plans to keep prices the same.

“I didn’t raise prices this year, if people use their expensive gas to come out here, I think we should be more reasonable,” he said. “But a lot other fresh orchards are more than a dollar.”

Local resident Rachel Borton said picking pounds of the fruit herself at the farm cost her less than in grocery stores.

“Finding apples for a dollar a pound at the grocery store is very hard,” said Borton.

Poindexter said he normally expects apple season to last around five weeks, but this year he thinks it will sell out within three.