St. Louis officer, 29, dies after being shot by gunman 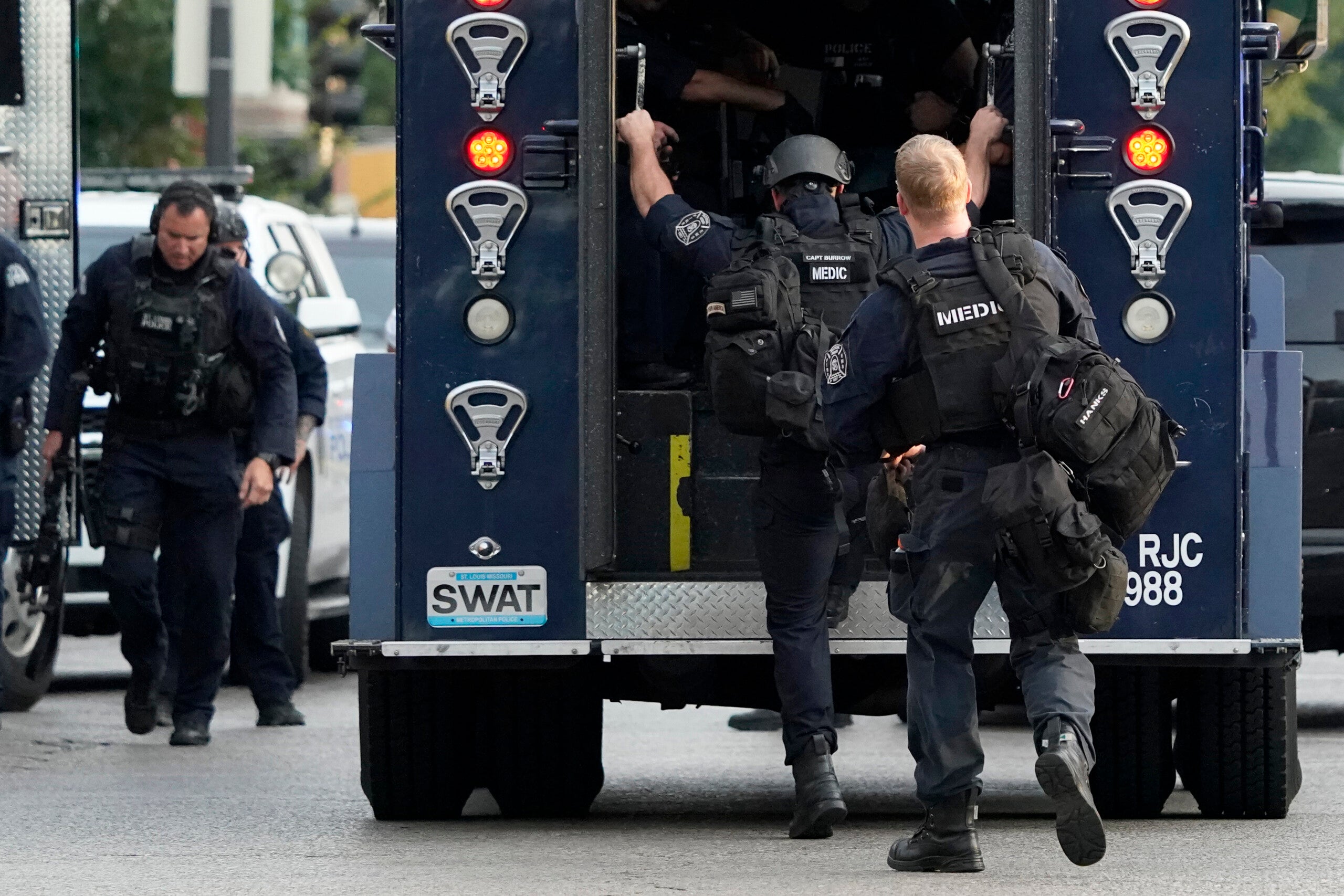 ST. LOUIS, Mo. (AP) — A St. Louis police officer who was shot in the head while responding to a shooting on the city’s south side died Sunday, authorities said.

A second officer who was shot in the leg was treated and released after the shooting around 6 p.m. in the South Grand neighborhood near Tower Grove Park, St. Louis Police Department spokeswoman Officer Michelle Woodling said.

Woodling said the second officer is 30 and has been on the force about six months. The 43-year-old suspect was taken into custody Sunday morning, Woodling said.

Mayor Lyda Krewson released a statement saying she was “heartbroken” at Bohannon’s death. She said Bohannon’s family are “immensely proud of the way he selflessly served and protected our community with distinction and honor for more than three years.”

“This is a horrific reminder of the dangers our brave men and women willingly face everyday to keep us safe,” Krewson said in her statement on Sunday. “… This is a terrible, senseless tragedy.”

St. Louis Metropolitan Police Department Chief John Hayden said the gunman ordered a family out of their home at gunpoint and barricaded himself inside for almost 12 hours.

Officers were searching for another reported shooting victim when the gunman shot Bohannon in the head and the other officer in the leg, Hayden said.

The officers were “trying to do their job, that’s all they’re trying to do and they’re suffering under gunfire,” Hayden said, adding that the incidents are part of “a surge in violence” this summer. He asked residents to pray for the officers.

Hayden said eight of his officers have been shot in the line of duty since June 1.

While the man was barricaded inside, officers armed with rifles and a SWAT team assembled outside. Police closed surrounding streets and warned residents to stay inside. Police used a bullhorn to order the suspect out and fired tear gas into the house, but fired no gunshots, the department said.

The man was taken into custody around 5:30 a.m. Police have released no details about how the standoff came to an end.

Homeowners Mimi and Steve Haag said they were trying to call 911 to help another man who had been shot when the gunman just walked into their home.

“I saw then he had a gun,” Steve Haag told the St. Louis Post-Dispatch. “He was very calm standing there with it in his hand and he just says to Mimi: ‘Ma’am you need to get off the phone.’”

The Haags escaped through the back door and were unhurt in their encounter with the gunman. Police were unable to locate the other man who was apparently shot and wounded.

“Please keep our injured officers and all the men and women of @SLMPD in your thoughts and prayers as this situation continues to develop. Their friends, family and loved ones, too,” Krewson said.

Circuit Attorney Kim Gardner, who has a fractious relationship with the city’s police, also issued a statement of support.

“We extend our deepest concern and sadness surrounding today’s unfortunate events,” Gardner told KDSK-TV. “I want to extend my prayers for the injured SLMPD officers and their families.”