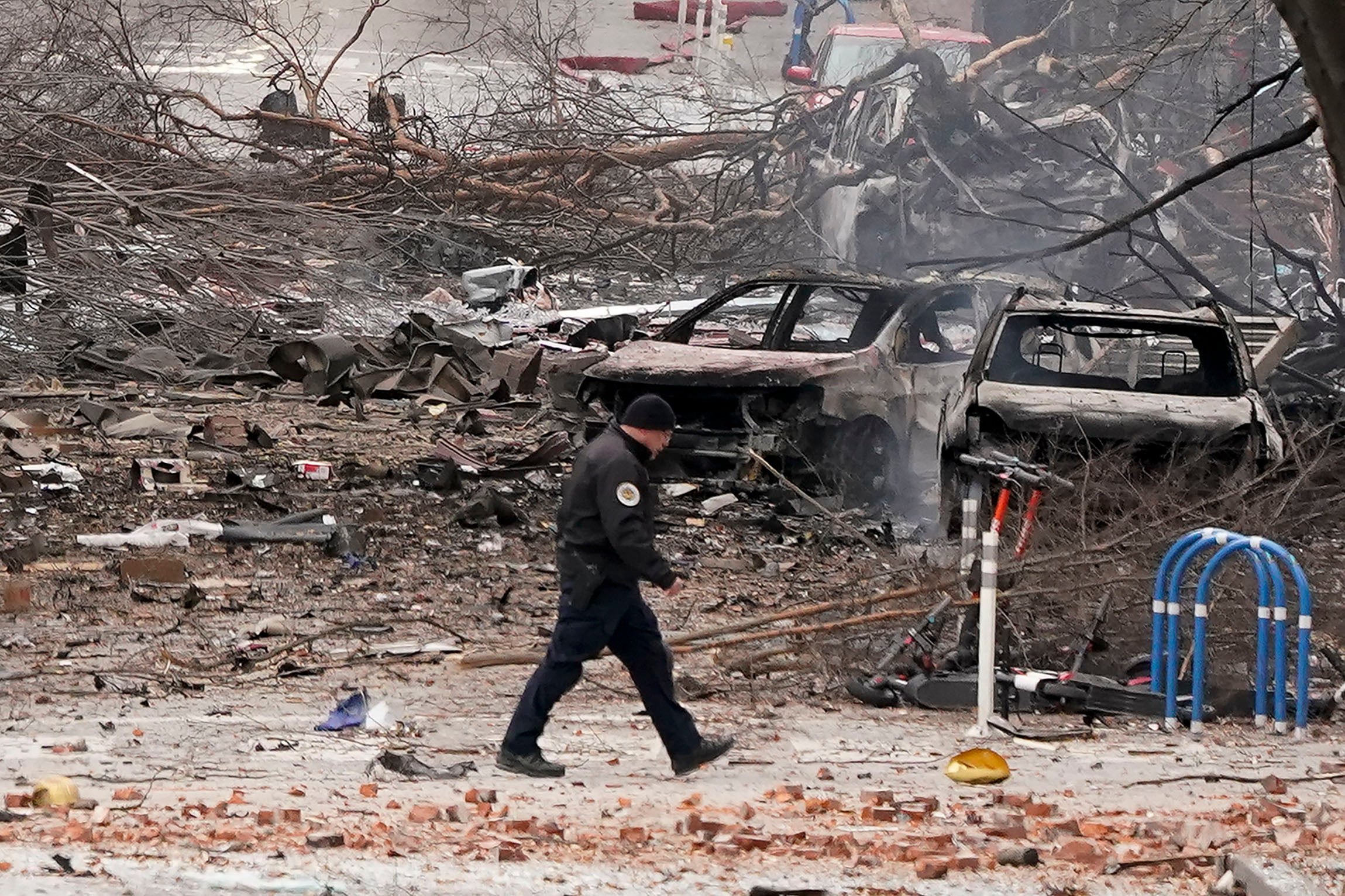 (CNN) — The explosion that rattled a historic Nashville street in the predawn hours of Christmas Day came after an RV repeatedly warned of an imminent explosion.

Officials have yet to say how or why the RV exploded. But police did provide a timeline of what led up to the blast, information that, combined with witnesses’ accounts, show the unusual timing of the incident.

“It was clearly done when nobody was going to be around,” Nashville Mayor John Cooper said.

Here’s what we know about what happened in Nashville leading up to the explosion.

Several hours later, Betsy Williams said she was woken up by what sounded like rapid gunfire.

“It sounded like an automatic weapon,” she said, saying it was “disconcerting.”

Buck McCoy said he, too, was woken up by what he thought were gunshots. He got up and looked out the window, he said, but went back to bed when he didn’t see anything.

Police said they were called to the location after a report of shots fired around 5:30 a.m.

Police responding to the scene found a white RV parked in front of an AT&T transmission building at 166 2nd Avenue North, a historic street in downtown Nashville.

The RV was repeatedly broadcasting a message warning of an explosion set to occur in 15 minutes, police said.

“Evacuate now,” the computerized, female voice coming from the vehicle said, according to Williams.

Williams, still in her pajamas, and her family grabbed their cat and made their way to their car to leave the immediate area. She said she saw police cordon off 2nd Avenue to prevent anyone from going down it.

David Malloy was out walking his dog, a black German shepherd named DJ, when he noticed police cars on every corner.

Then he heard a voice that he thought was coming from a police car telling people to “evacuate” and “please stand back.”

As the countdown grew closer to its end, the message emanating from the RV changed, according to surveillance video taken from a building across the street.

Then a bang and a blinding flash.

Malloy, with his dog, said he asked an officer whether they were supposed to evacuate when he saw the explosion.

“It was just this huge fireball explosion,” he said. “I didn’t know what to make of it.”

Williams and her family saw the explosive fireball as they were driving down 2nd Avenue, she said.

“Everything just, I mean, everything shook. It was quite the blast,” she said.

When Buck McCoy looked outside, he saw trees down everywhere and broken glass littering the street.

“Everything on the street was fire,” he said. “There were three cars that were fully engulfed.”

Mayor John Cooper on Friday said the blast was caused by a “deliberate bomb” intended to create chaos.

Three people were transported to hospitals from the scene but none of them are in critical condition, Nashville Fire PIO Joseph Pleasant said. The force of the explosion knocked down one officer and caused hearing loss in another, police said, but no officers suffered serious injuries.

The blast tore into at least 41 businesses, and one building partially collapsed, officials said. Concerned about the structural integrity of the affected buildings, the city cordoned the area off and won’t allow anyone in until Sunday afternoon.

“It will be some time before 2nd Ave is back to normal,” Nashville Mayor John Cooper said.

AT&T, CNN’s parent company, said that an AT&T network hub was damaged in the explosion. The damage disrupted wireless service in the region and even caused a brief ground stop at the city’s main airport due to telecommunications issues.

McCoy, who lives across from where the RV exploded, said his windows were blown in and water started pouring from the ceiling. He had scratches to his face, hands and feet, but was otherwise OK.