WASHINGTON, DC - SEPTEMBER 23: U.S. President Donald Trump speaks during a news conference in the briefing room of the White House on September 23, 2020 in Washington, DC. Trump fielded questions about a coronavirus vaccine and the latest developments in the Breonna Taylor case among other topics. (Photo by Joshua Roberts/Getty Images)
by: Staff Reports
Posted: Sep 25, 2020 / 05:24 PM EST / Updated: Sep 25, 2020 / 05:24 PM EST

(CNN) — President Donald Trump unveiled a plan aimed at winning over Black Americans on Friday, less than two months before Election Day, largely expanding upon the existing economic-related initiatives the President established in his first term.

The proposals that include prosecuting the Ku Klux Klan and Antifa as terrorist organizations, making Juneteenth a federal holiday and efforts to bolster Black economic prosperity.

During an Atlanta event announcing what was deemed the Black Economic Empowerment “Platinum Plan,” Trump sought to draw contrasts between his plan for the African American community and Joe Biden’s proposals, arguing that the former vice president “inflicted” damage on the Black community over the last 47 years he’s spent working in Washington.

“They only care about power for themselves, whatever that means. My opponent is offering Black Americans nothing but the same old, tired, empty slogans,” Trump argued.

The President has presented different messages on race when playing to different audiences. He defended Confederate symbols. He has called the Black Lives Matter movement a “symbol of hate,” days after retweeting and then deleting a video that included a Florida supporter shouting “White power.” The White House has maintained that Trump did not hear the supporter say the phrase.

But on Friday, the President spoke about the pillars of the plan in broad terms, saying, that among other proposals, he would be building up “peaceful” urban neighborhoods with the “highest standards” of policing, bringing fairness to the justice system, expanding school choice, increasing Black home ownership and creating a “national clemency project to right wrongful prosecutions and to pardon individuals who have reformed their (lives).”

The proposal borrows efforts from proposals by other Republicans, such as South Carolina Sen. Tim Scott, who played a vital role in the establishment of opportunity zones and remains the sole Black Republican in the Senate.

For example, Trump’s plan proposes making lynching a national hate crime. In 2019, Scott co-sponsored legislation to make lynching a hate crime alongside none other than California Democratic Sen. Kamala Harris, who is now the Democratic vice presidential nominee. The legislation passed in the Senate but was never passed by the House.

As demonstrations rocked the country this summer protesting against police brutality and racism following the death of George Floyd, the President sought to console Black Americans who have died as a result of police violence. However, he has consistently delivered a law and order message, calling demonstrators “thugs” and “anarchists” and rebuking what he said was protesters’ “mob rule.”

A Monmouth University poll released earlier this month found that 82% of Black respondents said Trump’s handling of the protests made the current situation worse.

The President’s “Platinum Plan” also proposes recognizing Juneteenth, the widely observed holiday commemorating the end of slavery in the United States, as a federal holiday.

The Trump campaign scheduled a rally on Juneteenth in Tulsa, Oklahoma — the site of a 1921 massacre of hundreds of African Americans during racial unrest in the historic section of the city known as “Black Wall Street.”

Trump said before the rally that it wasn’t scheduled on Juneteenth “on purpose,” but after the event, which his campaign rescheduled in order to avoid further criticism, he sought credit for popularizing the holiday.

Trump told The Wall Street Journal that “nobody had ever heard of” the holiday before he brought it up.

“I did something good: I made Juneteenth very famous,” Trump said.

In June, several senators, including Scott and other Republicans, co-sponsored legislation to make Juneteenth a national holiday. 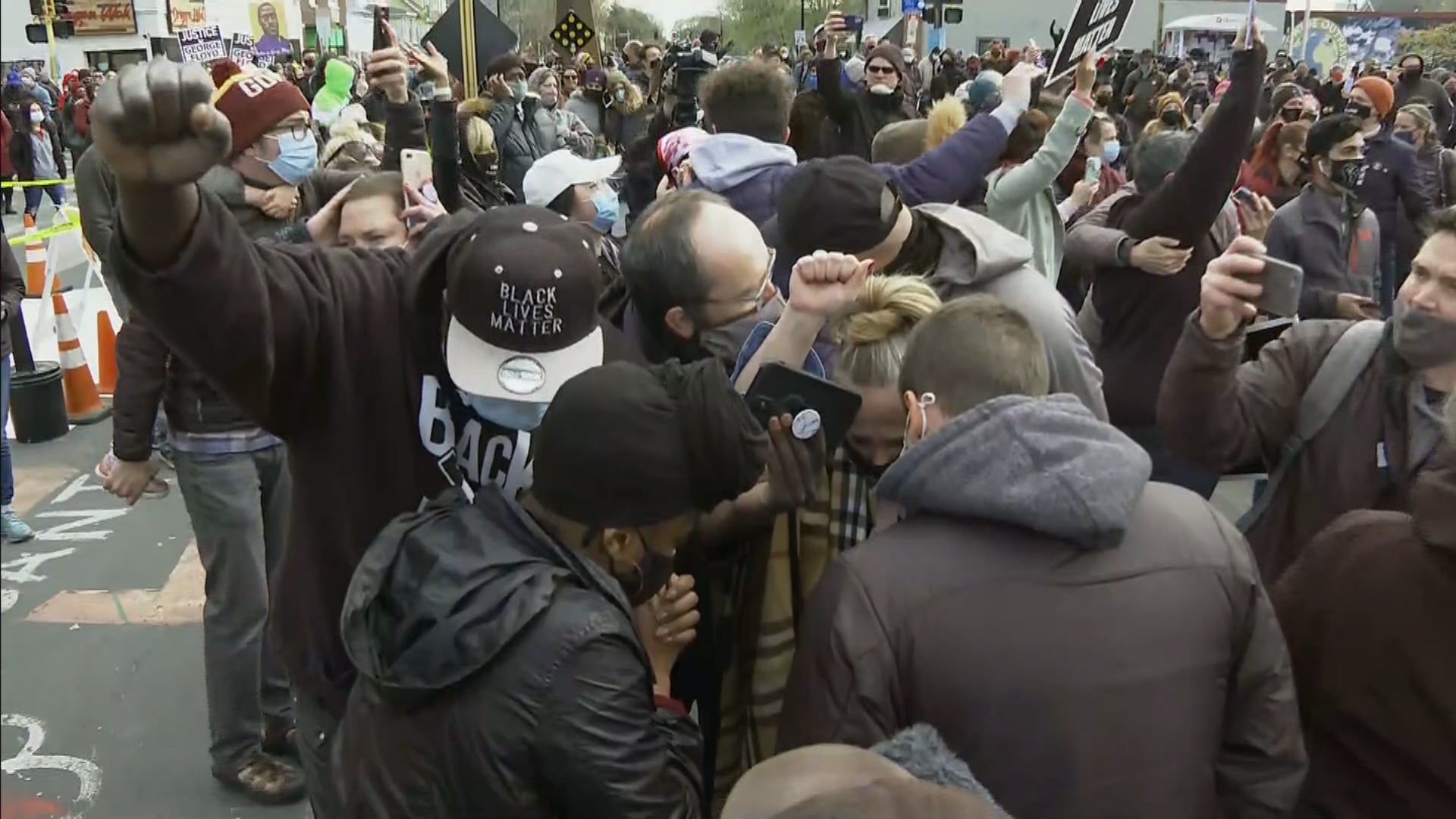