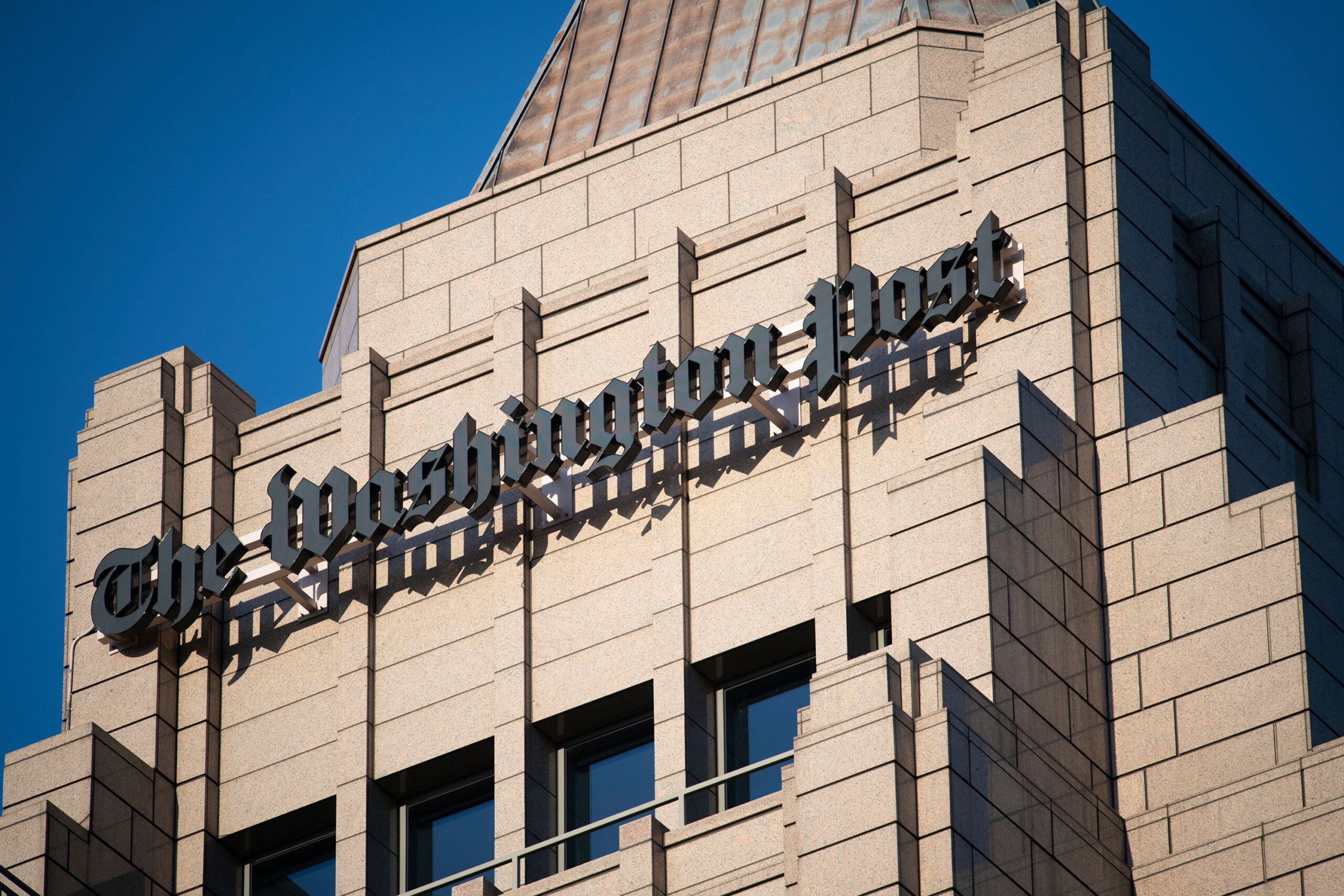 A general view of the Washington Post Building in Washington, D.C., on Wednesday, April 8, 2020, as seen amid the global coronavirus outbreak. As confirmed cases reached 1.5 million world wide, with more than 400,000 in the U.S. alone, press reports have revealed a lagging response by the Trump Administration in the early days of the outbreak. (Graeme Sloan/Sipa USA)(Sipa via AP Images)
by: Oliver Darcy, CNN Business
Posted: Jan 24, 2023 / 11:55 AM EST / Updated: Jan 24, 2023 / 11:55 AM EST

(CNN) — The Washington Post on Tuesday became the latest media company to conduct layoffs, people familiar with the matter said, a move that publisher Fred Ryan had indicated last month the newspaper would take in early 2023.

The Washington Post Guild told members on Tuesday, in a note obtained by CNN, that it was still working to determine the number of people impacted, but said it had “good reason to believe that the number of people affected is far smaller than what Fred Ryan initially alluded to” in December.

“But to be clear, we believe any job eliminations right now — at a time of continued growth and expansion — are unacceptable,” the Guild said. “To our colleagues impacted today, we are sorry, and we’re here for you.”

“Today is a hard day for us all,” the Guild added. “We’re devastated for our colleagues and angered by the irresponsible and illogical decision making from The Post. But we’re not done fighting or standing up for each other.”

The layoffs come days after The Post’s owner, Jeff Bezos, visited the newsroom and held meetings with Ryan and Executive Editor Sally Buzbee.

Ryan’s December announcement about future layoffs prompted fury inside the Post newsroom, nearly a dozen employees at The Post told CNN at the time. “The mood is really grim,” one staffer had told CNN. “People are just so livid right now. It’s bad. Just bad.”

In her December statement, Kathy Baird, chief communications officer at The Post, said that layoffs were necessary as the newspaper begins the process of “evolving and transforming to put our business in the best position for future growth.”

“We are planning to direct our resources and invest in coverage, products, and people in service of providing high value to our subscribers and new audiences,” Baird said at the time.

In recent months, the media and technology sectors have taken a battering as advertisers tighten spending amid economic uncertainty.

Across the news industry, layoffs have been rampant. CNN, NBC News, MSNBC, Vox Media, Gannett and other news organizations have cut their workforces in recent months. And companies that haven’t laid off staffers have taken strong measures to reduce spending.

Spotify announced it was laying off hundreds of staffers on Monday. Google last week joined Big Tech giants Meta, Amazon, and Microsoft in announcing layoffs. Google said it had made the decision to eliminate 6% of its workforce, which translates to approximately 12,000 jobs.