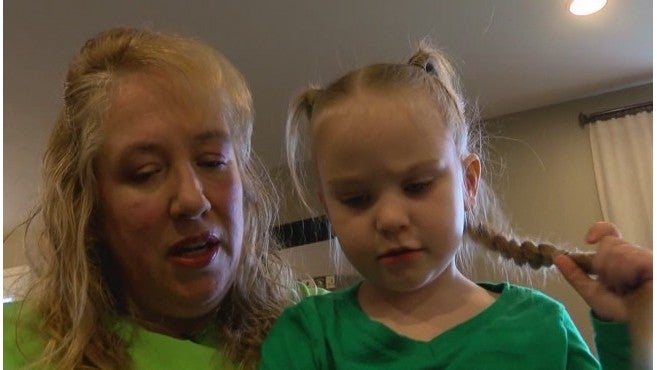 The state’s Department of Child Services is under fire.

But, changes are coming to the system plagued by issues. Gov. Eric Holcomb recently signed into law a bill promising a bill of rights for foster parents.

Heidi Curtis, a foster parent is a champion of the new law. Her heart and soul are with these children.

“It’s exciting as a parent to see a child go from trauma to being happy and content.”

Curtis said there are still challenges in dealing with Child Services.

“The communication isn’t really working. Placing children is another issue. I don’t know if it’s a computer system or what. I’m part of a group where the success rate is 100 percent. Foster parents are like ‘Yes, I have an opening!’ but things are being crossed. People aren’t getting to the right information. So, there are homes sitting empty and available as we speak.”

“It’s a good place for us to be as foster parents so that we have a place at the table. We want our voices to be heard.”

“The relationship between DCS and foster care parents needs some work,” State Sen. Jon Ford, a Republican from Terre Haute, said in January.

Ford, along with two other Republican state senators — Ron Grooms from Jeffersonville and Mike Bohacek from Michiana Shores — want those relationships rebuilt. They came up with the bill of rights idea in the summer. Ford said the document is modeled after similar laws in 16 other states and would include things like promising no discrimination.

“Also, making sure the parents get training, just basic things that are in this,” Ford said in January.

Curtis on Friday said what she wants from the bill of rights: “Child’s best interest over parental rights. That’s probably really at the core and root of a lot of the issues. What goes first? It’s my personal opinion that unfortunately, it’s parental rights. We see that because children don’t go to courtrooms and sue … parents do.”

Curtis said she hopes Indiana’s system can one day be the shining model for the rest of America. She said she’d also like to see better communication and more data on where taxpayers’ money goes within Child Services.

The bill mandates Child Services has to work together on the bill of rights with foster parents, child placing agencies and other people and organizations that are foster care experts. The law said they can get the ball rolling July 1, when the law goes into effect.

Child Services did not respond to a request seeking comment for this story.