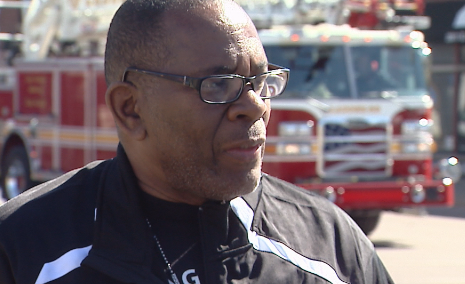 The formulation of his thoughts includes 10th Street and Rural Street on the east side of Indianapolis.

Over the years the community has seen its fair share of murders, robberies, and high levels of poverty.

Walker’s goal is to show those living in the community that they are not forgotten.

24-Hour News 8 has highlighted some of Walker’s work in the past, through his group Young Men Inc., an anti-violence mentoring group for teenage boys.

During the years, Walker has mentored hundreds of teens and given them training to live successful lives.

He will now hold a rally along 10th Street, during which he will encourage the residents and business owners to confront criminal activity.

“It’s about time someone speaks up,” said Walker.

This comes at a critical time in the neighborhood. On February 24th, a woman’s body was found on the 800 block of North Rural. The Marion County Corner’s Office identified the victim as 26-year-old Candice Pigge.

Two days later, homicide detectives responded to shots fired and found the body of a 17-year-old boy on the 3100 block of East 10th Street.

“We have a huge problem,” said Chris Stabb, a resident who lives near 10th and Rural.

Staab as is one of the outspoken leaders in the Rivoli Park Neighborhood, near 10th and Rural. He adds he welcome’s Walker’s rally, and adds he is planing to get involved himself.

“It makes me feel great we need minsters and faith based organizations, any help we can get these people who are in these neighborhoods,” said Staab.

The rally could take place next Saturday according to Walker. He plans to have at least four on different streets near 10th and Rural.

“If you own a business in this community you need to say I’m tired of this as well,” said Walker.