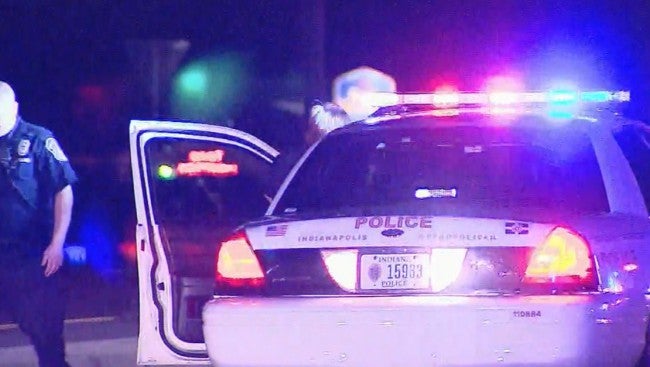 Officers were first called to the area of Southport Road, between Interstate 65 and Emerson Avenue, around 11:50 p.m. after someone called 911 saying a man in dark clothing was walking in the middle of the street and not moving out of the way of passing vehicles. At 11:54 p.m., an off-duty IMPD called police saying he had hit a pedestrian.

According to officials, the officer – identified by IMPD as Bernardo Zavalza – was driving a marked IMPD squad car at the time of the incident. He was already rendering aid to the pedestrian when they arrived, but the man was pronounced dead at the scene.

Because a police vehicle was involved in the crash, an IMPD supervisor was called to the scene. Officials say while investigating, the supervisor smelled alcohol coming from the Zavalza’s breath.

It was then Zavalza was taken to Sidney & Lois Eskenazi Hospital for a blood draw. A DUI prosecutor was also called. Both are standard procedure.

“We have a lot of individuals who are here tonight from the police department, and a number of checks and balances go into place to ensure that our investigation is exactly by policy, by the books, to ensure the public confidence that we are conducting a investigation that is thorough, that is complete, and we’re being fully transparent about what happened tonight,” IMPD Lieutenant Richard Riddle said.

According to IMPD, Zavalza has been with the department for seven years. They say he has been placed on administrative leave and his police powers were immediately suspended.

Once the investigation is complete, the Marion County Prosecutor’s Office will determine if criminal charges will be filed.

The victim has been identified as 53-year-old Ronny Bowling. The Marion County Coroner’s Office listed his death as accidental due to multiple blunt force trauma.

Residents are asking for an open and transparent process.

“You could have a smell of alcohol if you stop at O’Charly’s for dinner. You know what I mean? You have a beer and you come out like that,” said resident Paul Musgrove.

IMPD has decided not to hold a news conference until a prosecutor determines if charges should be filed.

IMPD officials said that there are seven IMPD officers pending termination. Below is a list of those officers cases that 24-Hour News 8 has been following.