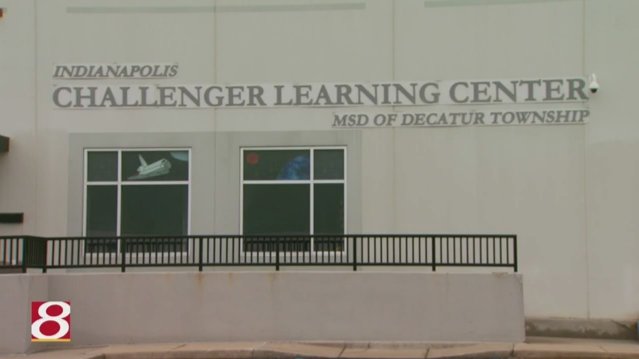 PENDLETON (WISH) — A popular space exploration center among elementary school students in Indiana will soon be shutting down operations in Decatur Township.

The Challenger Learning Center of Indianapolis is just one of two left in our state. Lack of funding is to blame for the closure that’s scheduled in May.

A spokesperson tells 24-Hour News 8 that the center simply doesn’t have enough money to keep up with operations and maintenance costs. But that’s not stopping a group of students from trying to save it.

For Ashley Moriarty’s sixth grade class at East Elementary in Pendleton, learning can be tough sometimes, but that wasn’t the case Monday.

“Some parts were difficult and some parts were stressful, but, I mean, like, it was so fun like I actually, like, learning for once,” said Corbin Franklin, student.

About a hundred students took a field trip to the Challenger Learning Center of Indianapolis for hands on experience about space and missions.

“I remember going as a sixth grader myself in another school district so I know that it’s a very long standing tradition with a lot of schools,” said Moriarty.

But just 24 hours after their trip, students came up with a campaign to save the decade old center from closing.

Corbin Franklin and his classmates have been writing letters to different organizations in Indiana.

“The Challenger Learning Center is a great way to learn and have fun at the same time, but Houston, we have a problem,” said Sydney Case, student.

Students were pleading for a generous heart as they read their letters.

“This learning center is going to be shut down because they’re not being funded so we are sending this to you,” said Zion Cook, student.

The students say they called the center and were told it needed about $200,000.

Moriarty tells 24-Hour News 8 another classroom is also writing letters to Andrew Luck and Peyton Manning for some support.

A spokesperson for the Challenger Learning Center of Indianapolis says most of the funding for the center comes from local school districts paying a membership fee to take part in the program. That funding has since scaled back since 2006.

This is a full statement the Challenger Center for Space Science Education’s president and CEO sent to 24-Hour News 8:

A Challenger Center in Brownsburg closed a couple of years ago. Once the center in Decatur Township closes, there will be only one left in Hammond, Indiana.

Read the letters below: