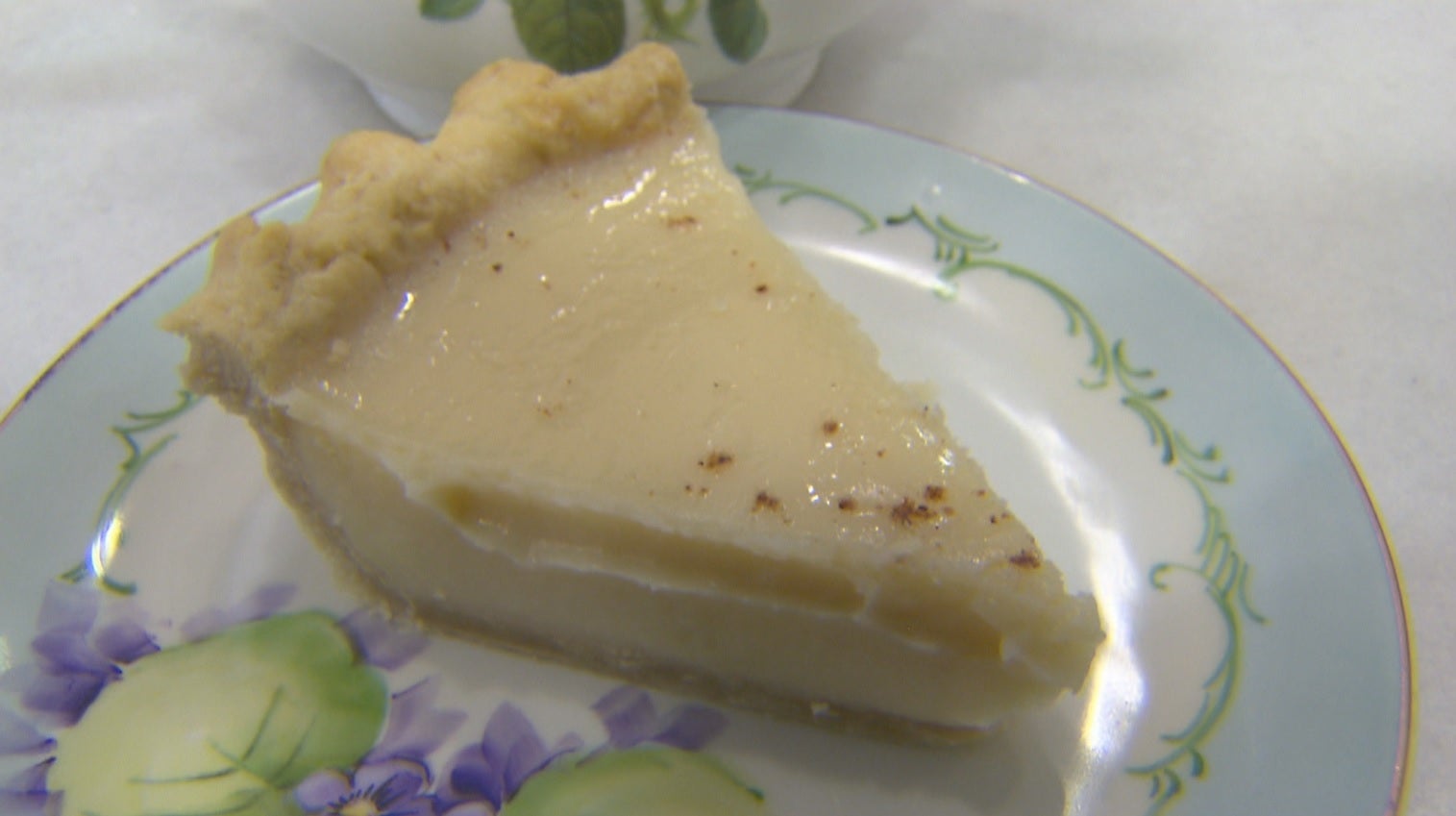 ZIONSVILLE, Ind. (WISH) — It’s the time of year where we celebrate everything Indiana, including the food.

In our latest edition of Phil Finds Out, I learned more about the state’s unofficial pie.

“Each pie is baked one at a time, we don’t have mass production. So everything is handmade,” Kelly Maucere, owner of My Sugar Pie said. “My mom helped me of course, most of the recipes on my menu are hers and the crust is hers, I think the crust makes it extra special.”

Maucere owns the very popular My Sugar Pie in Zionsville. She opened the shop about 12 years ago and recently opened a second location in the Greenwood Park Mall. One of her top selling pies is the sugar cream pie. The pies are so good that people come from all over the country to get them.

“Chicago, Cincinnati, we’ve had people from Texss because we ship pies nationwide, a lot of people find out about us the internet or our website,” Maucere said.

The sugar cream pie is a treat that has been around since the 1800s, but it wasn’t until 2009 that the Indiana Senate named the sweet treat the state’s unofficial pie.

It’s believed the recipe was brought to eastern Indiana around 1810 by North Carolina Quakers, who settled in the Richmond, Winchester, New Castle and Portland areas.

“I think most states have something they’re known for, in certain areas they talk about a hot dish. They talk about casserole or goulash, we just happen to be really proud of our sugar cream pie and our pork tenderloins here,” Heather Tallman, Indiana Grown Program director said.

Back at My Sugar Pie.

“Basically, if I’m in the shop and someone tells me they’ve never had sugar cream pie, I’m going to make sure they eat some sugar cream before they leave,” Maucere said.

Turns out most sugar cream pies have mostly the same ingredients: cream, butter and, of course, sugar. But Maucere said her recipe does have something a little bit different.

“We”re using all fresh ingredients, there aren’t any other mixes that we’re putting together from other sources we’re just doing it all fresh,” Maucere said.

And she said with a touch of love.