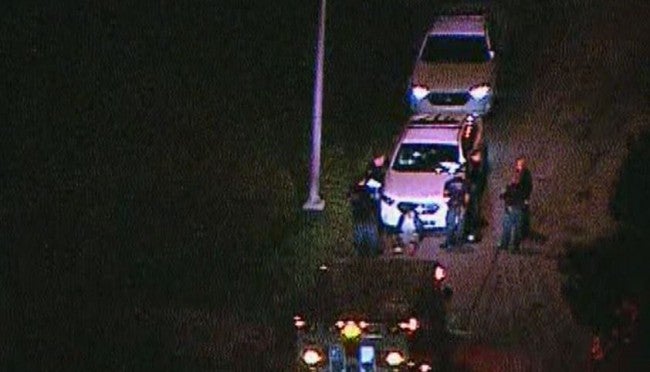 INDIANAPOLIS (WISH) – Police apprehended a suspect Monday morning after a carjacking led to a chase and a crash on the east side of the city, Indianapolis Metropolitan Police Department officials said.

The carjacking happened in the 4100 block of East 16th Street at a gas station, just before 5:30 a.m. According to officials, the victim was not injured, but the suspect took off afterward.

Police say that’s when the pursuit began after an officer noticed a red Trailblazer at 10th Street and Shortridge Road. The chase ended at 10th Street and North Eaton Avenue when the suspect vehicle crashed. The man inside the car then took off on foot.

Police say the chase happened in the middle of shift change, so there were double the amount of officers looking for the suspect.

Officers searched the area for several minutes for the man, who was said to be armed. A K-9 unit found the suspect hiding in someone’s yard in the 8200 block of East 12th Street.

His name has not been released.

According to police, this is not the first carjacking at this gas station. Detectives will investigate if this suspect was involved in any of those previous cases.