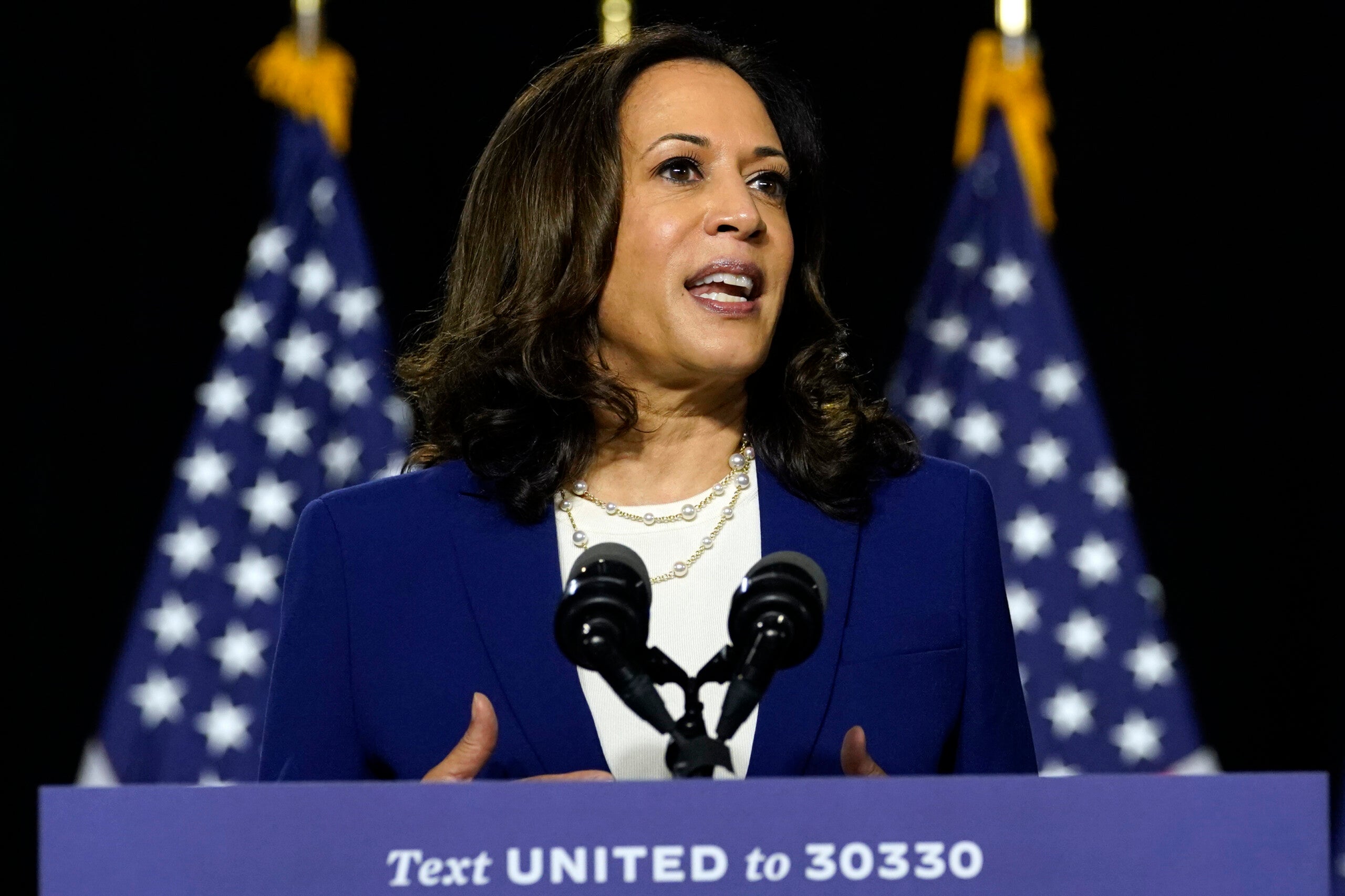 WILMINGTON, Del. (AP) — Confronted with its first known coronavirus scare, Joe Biden’s presidential campaign turned the threat into another contrast with President Donald Trump in the closing weeks of a general election battle dominated by how the Republican incumbent has handled the pandemic and his own COVID-19 diagnosis.

According to Biden’s campaign manager, Jen O’Malley Dillon, the campaign learned late Wednesday that two people associated with the operation had tested positive for the coronavirus. By 10 a.m. Thursday, O’Malley Dillon had publicly identified a top aide to vice presidential nominee Kamala Harris as having contracted the virus and confirmed that the campaign would suspend travel temporarily for the California senator and her husband, Doug Emhoff.

Before the end of the day, the campaign announced a third positive case linked to Biden’s campaign plane and up-to-date negative COVID-19 tests for Biden and Harris, along with medical experts’ explanations of why they believed Biden was never exposed and wouldn’t have to cancel upcoming travel.

With the election quickly approaching, the episode was another example of how Biden and Trump are responding in vastly different ways to the pandemic. While Trump’s aides offered shifting and sometimes contradictory explanations following a White House coronavirus outbreak, Biden’s team offered more specifics. And as Trump returns to aggressive campaign travel before massive, often unmasked crowds, the Biden campaign reinforced its commitment to following public health guidelines.

“It is because of the protocols that we have in place that we have been able to get this information, that we were able to identify what’s happening here,” O’Malley Dillon said, noting the campaign’s regular testing for Biden, Harris and those who travel with them, along with strict enforcement of masks and social distancing at all events.

As Biden’s campaign conducted contact tracing and made public disclosures, Trump traveled to North Carolina — where Harris was supposed to be on Thursday — for another rally. He greeted a tightly packed, mostly unmasked crowd there to hear a president who still isn’t offering the public a detailed timeline of any COVID-19 tests or his treatment course since a three-day stay at Walter Reed National Military Medical Center after he announced on Oct. 2 that he had contracted the virus that has killed more than 217,000 Americans.

Biden has sought to make Trump’s handling of the pandemic a pillar of his argument that Trump is irresponsible, unfit to lead and has cost American lives. A new Associated Press-NORC Center for Public Affairs Research survey suggests many voters agree with the Democratic challenger.

The AP-NORC poll found 65% of respondents think Trump has not taken the coronavirus outbreak in the U.S. seriously enough. The poll, which was taken a week after Trump disclosed his own COVID-19 diagnosis, also shows that 54% of Americans disapprove of how the White House handled the episode.

Harris worked from her Washington home Thursday, according to an aide who spoke on condition of anonymity to discuss the senator’s plans. She will campaign virtually through the weekend.

During a virtual fundraising call Thursday, Harris emphasized the contrast with Trump, telling donors that the Biden campaign’s reaction “obviously stands in stark contrast to you-know-who.”

The president disclosed his diagnosis via Twitter, but only after Bloomberg News confirmed that one of his top aides, Hope Hicks, had tested positive and was symptomatic after traveling that week aboard Air Force One.

Since then, the White House has repeatedly declined to say how many staffers have tested positive, citing privacy concerns. But reporters have brought additional cases to light.

The White House has not notified reporters, Secret Service agents or Trump campaign staffers who may have been exposed during the outbreak.

Trump’s diagnosis came days after he mocked the 77-year-old Biden for his COVID-19 protocols as the two stood on the debate stage together for more than 90 minutes.

“I don’t wear masks like him,” Trump said. “Every time you see him, he’s got a mask. He could be speaking 200 feet away from it — he shows up with the biggest mask I’ve ever seen.”

Biden countered that the 74-year-old president has “been a fool” on masks.

Some basic questions remain about Trump’s illness, including when he last tested negative before his diagnosis and what his lung scans revealed.

The White House also didn’t reveal that the president’s youngest son, Barron, tested positive for the coronavirus after first testing negative – as they had originally announced. The first lady finally disclosed that information Wednesday, after he had tested negative again.

The Democratic ticket’s campaign events are socially distanced and require participants to wear masks. Staff often set chairs inside white plastic circles to denote 6 feet (1.8 meters) of distance. During a recent indoor speech at a North Carolina event for Harris, reporters were given and asked to wear KN95 masks. Staff for Biden’s Florida campaign distributed N95 masks at a recent event at a Florida community center for seniors.

Biden’s relative transparency on the coronavirus doesn’t always extend to other details about his health.

Biden said during an NBC News town hall on Oct. 5, after Trump had been discharged from Walter Reed, that “you have to tell the whole truth” about your health as president but not necessarily “moment to moment” as a health scare plays out.

He referred to the 1981 assassination attempt of President Ronald Reagan. “They were transparent,” Biden said, but added that Americans didn’t get a play-by-play of the president’s care.

Asked whether he’d ever hold back some part of his health status, Biden said, “Only on the margins and only for the moment.”