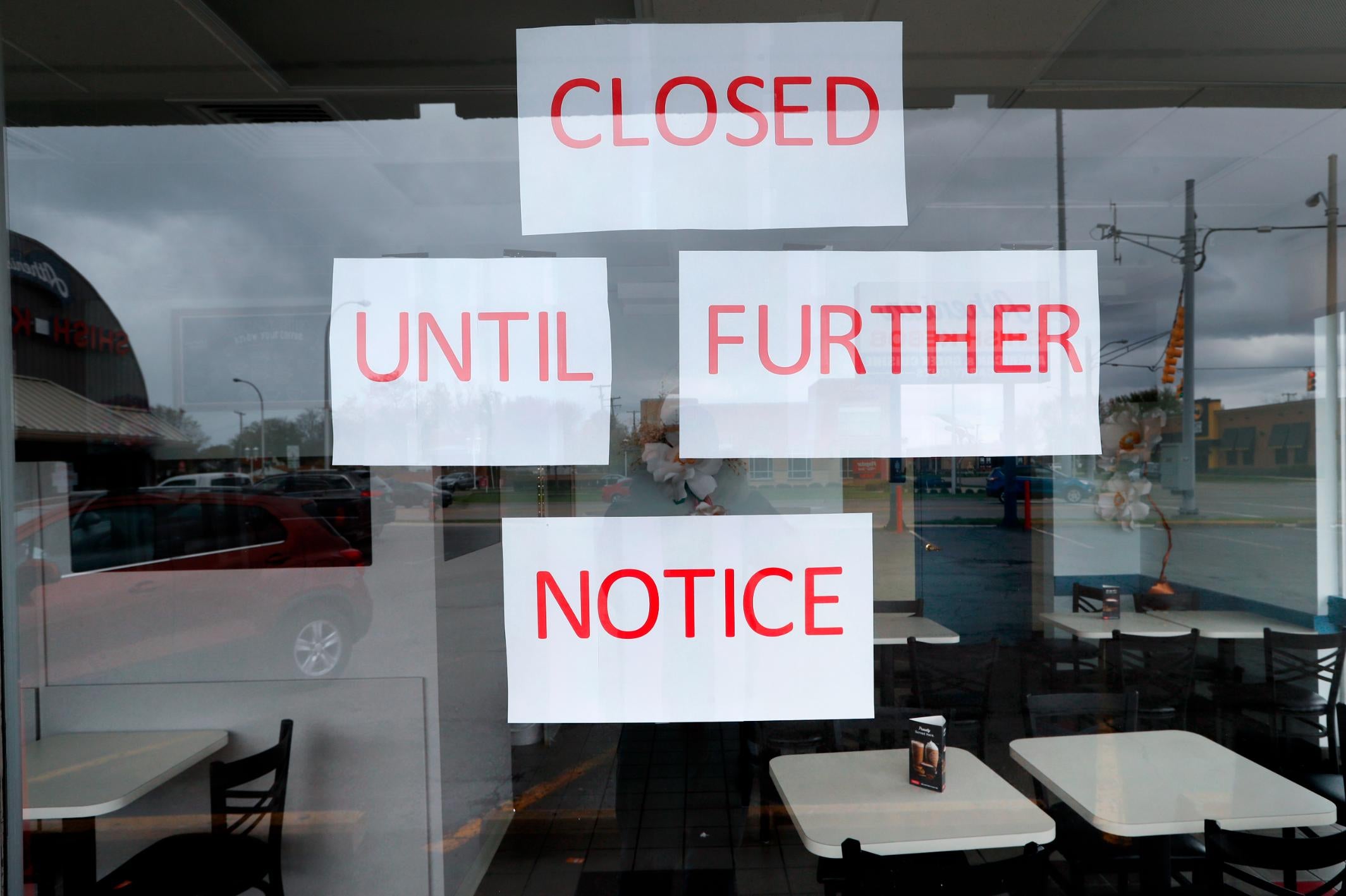 (CNN) — The longest economic expansion in American history is officially over. The National Bureau of Economic Research declared Monday that the recession began in February.

The economy collapsed so rapidly that NBER wasted no time in announcing a recession, a stark contrast to previous downturns when the body took upwards of a year to declare what most people already knew. This was the fastest that NBER has declared any recession since the group began formal announcements in 1979.

Social distancing requirements imposed to fight the pandemic have crushed broad swaths of the US economy, from airlines and cruise ships to restaurants and Broadway shows.

“The unprecedented magnitude of the decline in employment and production, and its broad reach across the entire economy, warrants the designation of this episode as a recession, even if it turns out to be briefer than earlier contractions,” NBER wrote.

More than 42 million Americans have filed for unemployment benefits. Major companies including JCPenney, J.Crew and Hertz have filed for bankruptcy. And economists are predicting GDP imploded at an annualized rate of 40% during the second quarter.

The pandemic marked an end to the mediocre but long recovery from the Great Recession. In July 2019, that expansion officially became the longest period of uninterrupted growth in US history dating back to 1854. It spanned 128 months, easily breaking the prior record of 120 months set between March 1991 and March 2001 during the dotcom boom.

Normally, economists define a recession as consecutive quarters of negative growth. The United States already endured one quarter of a shrinking economy, with GDP dropping by 5% during the first quarter.

NBER decided not to wait for a second quarter of a contracting economy, although it is widely expected to happen during the second quarter. The body also declared that while the economy peaked on a monthly basis in February, the quarterly peak happened in the fourth quarter. That disparity “reflects the unusual nature of this recession,” NBER said.

“The economy contracted so sharply in March,” NBER said, that by the first quarter GDP and employment was “significantly below” the levels of the fourth quarter of 2019.

Hopes for a speedy return to growth

For example, NBER didn’t announce until December 1, 2008 that the United States had tumbled into recession the prior December. By then, Bear Stearns and Lehman Brothers had already collapsed. The stock market had imploded and Fannie Mae and Freddie Mac were taken over by the government.

Although this recession began suddenly, there is hope that it could be relatively brief. Economists are predicting GDP will turn sharply positive in the third quarter as businesses continue to reopen and Americans begin to travel again.

The economy is benefiting from unprecedented help from the federal government.

Congress and the White House passed a record-breaking stimulus package that provided direct aid to households, forgivable loans to small businesses and bailouts to some large companies.

The Federal Reserve is taking steps that make its response to the 2008 financial crisis look tame. The Fed has slashed interest rates to zero, promised to buy an unlimited amount of bonds and rolled out a series of emergency lending programs. The US central bank is even, for the first time, directing the purchase of corporate bonds, including junk bonds. These steps have unlocked financial markets that froze in March, freeing even highly leveraged companies to borrow.

And there are some glimmers of hope suggesting the worst of the downturn may already be over.

Most notably, the Bureau of Labor Statistics shocked economists and investors on Friday by saying the United States added 2.5 million jobs in May. It was the largest monthly gain since the BLS began tracking monthly figures in 1939.

The spike in jobs was even larger relative to consensus calls from economists for another 8 million jobs to have disappeared in May. While the unemployment rate ticked down to 13.3% in May, it remains higher than at any point during the Great Recession.

Wall Street has already recovered most of its losses from this recession as investors bet on a V-shaped recovery. The S&P 500 has surged more than 40% above its March 23 lows. The Nasdaq, powered by large tech stocks such as Amazon and Facebook, is at all-time highs.

The recovery on Main Street may not be as swift. Parts of the economy, including restaurants, movie theaters, airlines and cruise lines, may not be the same until a vaccine is developed.

And the risk of a second wave of infections that forces parts of the United States to go back into lockdown remains the biggest threat to the recovery.