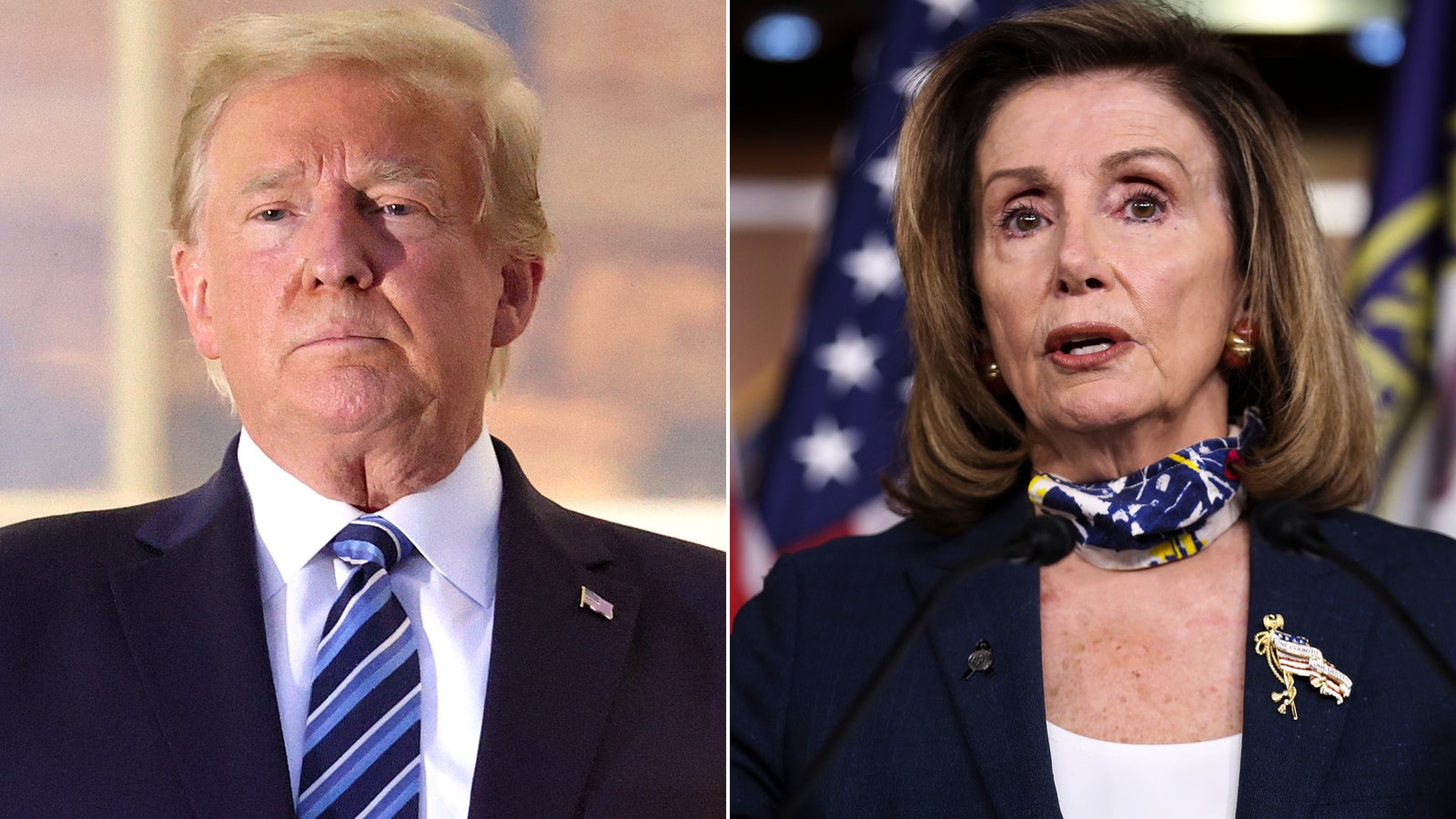 On Saturday, Pelosi called the counteroffer Trump made Friday “insufficient” and “amounted to one step forward, two steps back” in negotiations, underscoring that there are several major outstanding policy issues to work out.

“At this point, we still have disagreement on many priorities, and Democrats are awaiting language from the Administration on several provisions as the negotiations on the overall funding amount continue,” Pelosi wrote in a letter Saturday to House Democrats.

Pelosi’s cool reception to the $1.8 trillion offer from Trump — the administration’s highest offer thus far in the months-long talks — comes as Republicans have made clear to their respective leaders they want no part of a deal this big, which Senate Leader Mitch McConnell and House Minority Leader Kevin McCarthy have communicated to the White House.

In a conference call Saturday with Treasury Secretary Steven Mnuchin and White House chief of staff Mark Meadows, Senate Republicans blasted the $1.8 trillion offer the White House made to Speaker Pelosi, according to multiple sources.

They went through a number of GOP concerns, like state and local funding, as well as the overall price tag.

While the sentiment was that talks with Pelosi should continue, it was clear that the White House plan had virtually no chance of passing the GOP-controlled Senate, the sources said.

Sen. Rick Scott, a Florida Republican, told Mnuchin and Meadows, flatly, “I don’t get it” when it came to why the White House was going down their current path, according to two sources familiar with the call. Tennessee Sen. Marsha Blackburn said it would be a “death knell” to the Senate Republican majority and it would serve to “deflate” the base just three weeks before the election.

Sen. Lamar Alexander, one of the most even keel and respected members of the conference, told Meadows and Mnuchin there was simply “no appetite” to spend the number the White House was floating.

And Sen. Mike Lee, a Utah Republican, stressed that should an agreement be reached, it could completely bury the focus on Trump’s Supreme Court nomination — which should be the focus for both the White House and Senate Republicans, Lee said.

Meadows and Mnuchin indicated they would give Trump the feedback.

“You all will have to come to my funeral” after delivering that information, Meadows told them after receiving all of the criticism, according to the sources familiar with the call. Mnuchin agreed it would be received quite poorly.

Republican senators were unmoved by those comments.

On the call, several GOP senators were sharply critical of Federal Reserve Chairman Jerome Powell saying he had gone too far in demanding Congress approve sweeping economic relief and that he went out of his lane in making his demands publicly known, according to two sources.

In a total reversal, Trump said this week he’s interested in a large-scale stimulus deal 48 hours after abruptly calling off stimulus talks entirely on Tuesday.

Trump’s $1.8 trillion offer is more than the $1.6 trillion put on the table earlier this week but remains well below the $2.2 trillion in the bill House Democrats passed last week.

The President said Friday that he’d like to see a bigger stimulus than what’s currently being floated by either Democrats or his administration, but congressional Republicans remain opposed to a price tag over $1 trillion or any amount of new aid. Senate Republicans have united behind the price tag of $500 billion.

Pelosi has repeatedly argued that the actual legislative language — and where that language directs the funds — has become the most critical aspect of any deal, pushing particularly for funding for states and localities that have significant budget shortfalls, a key sticking point for the Trump administration.

In her letter Saturday, Pelosi dismissed Trump’s proposal as wanting “more money at his discretion to grant or withhold, rather than agreeing on language prescribing how we honor our workers, crush the virus and put money in the pockets of workers.”

The Democratic leader said “despite these unaddressed concerns” she remains “hopeful” that Friday’s developments will inch them closer to a deal on a relief package.

All Indiana Politics / 6 mins ago