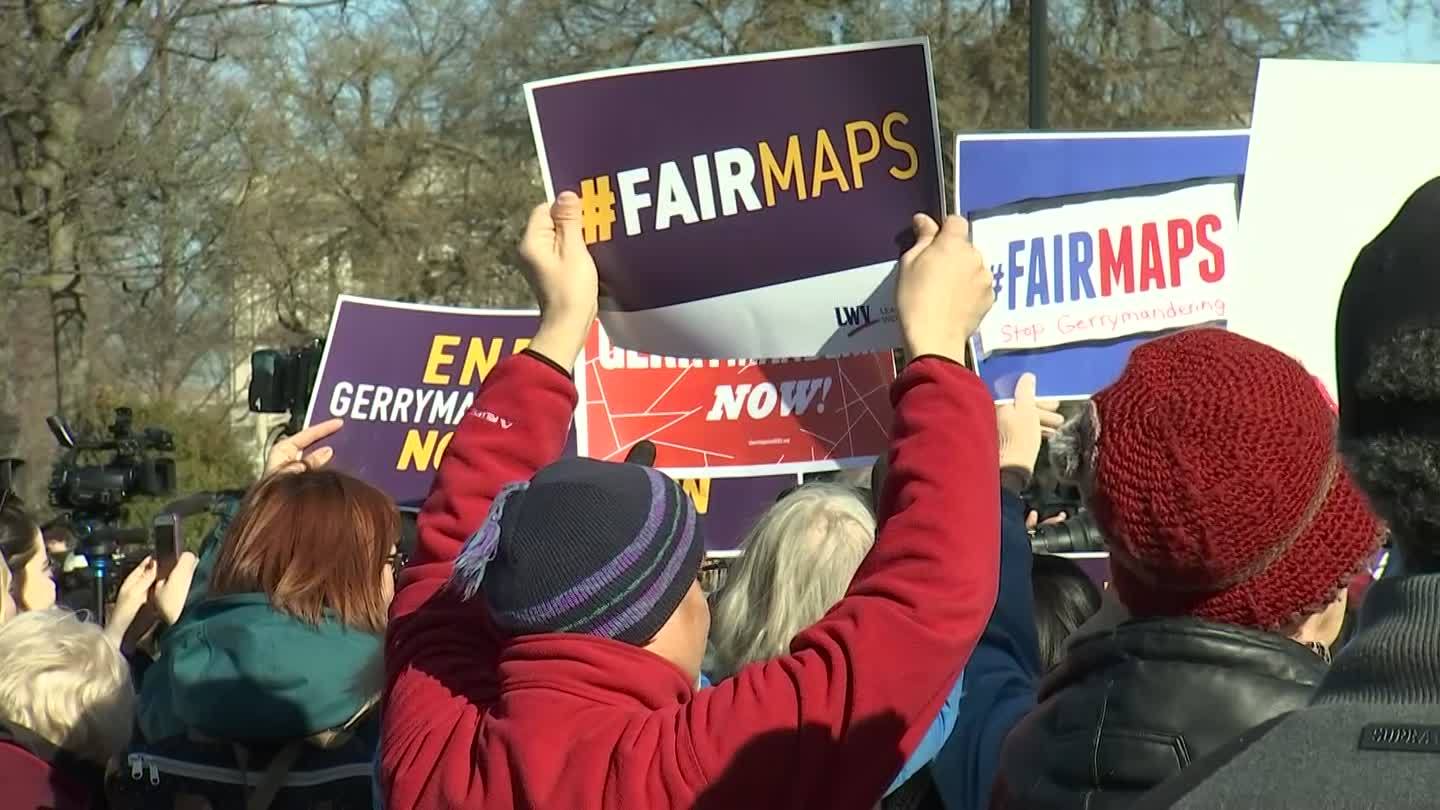 WASHINGTON (NEXSTAR) — As the U.S. Supreme Court heard arguments Tuesday on congressional redistricting, a crowd of demonstrators rallied outside in hopes of convincing the panel to put an end to partisan gerrymandering.

It’s a case that could have lasting effects since all 50 states will be adjusting congressional districts after next year’s U.S. census.

“It’s a crime,” Schwarzenegger said. “It is a national scandal of what’s going on with gerrymandering and the way our politicians draw the district lines.”

Justices heard arguments on whether states violate the First Amendment when they redraw congressional districts.

The Maryland case involves a district that was drawn by Democrats in 2011. It’s long and skinny and runs from the Conservative Republican northwest corner of the state to the reliably Democratic Washington suburbs.

A group of Republican voters claims it was designed in an effort to flip the district from longtime Republican to Democrat.

The district is now represented by Democrat David Trone.

Hogan said he supports the Republican voters in this case. He argues that redistricting should be taken out of politicians’ hands.

“The voters overwhelmingly – some 80 percent of the people in our state – want to take this decision away from the politicians and give it to a non-partisan redistricting commission,” he said. “It’s really what people want.”

Meanwhile, inside the court, justices wrestled with how best to handle the problem.

Justice Neil Gorsuch asked why the Supreme Court should decide the case instead of leaving it to the states.

The court is expected to make a decision on the case in June.