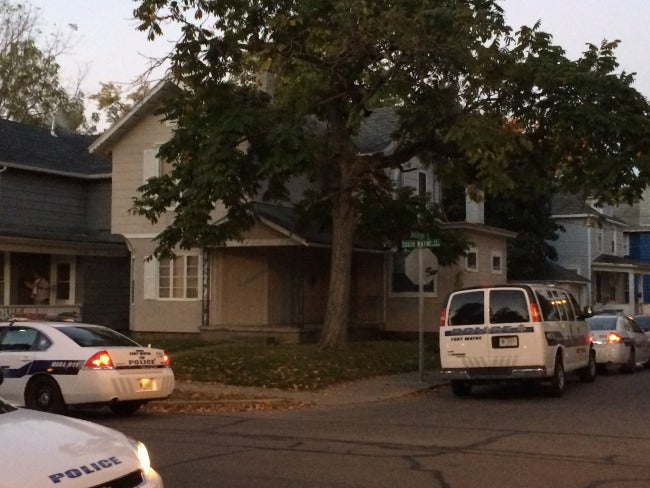 FORT WAYNE, Ind. (WANE) – Police said a man who was shot when breaking into an apartment Monday morning was just one of two men in a home invasion.

The Fort Wayne Police Department responded around 6:15 a.m. to reports of a shooting in the 700 block of Guildford Avenue at the corner of South Wayne Avenue, south of Downtown.

FWPD spokesperson Michael Joyner said it appeared that two men, both armed, forced their way into the upstairs apartment. He said shots were fired by at least one of those men. However, Joyner said no one in the apartment was harmed.

Joyner said the home invader was shot when one of three adults in the apartment returned fire striking one of the two men, who was found by offices suffering from multiple gunshot wounds.

“The individual shot that’s in critical condition is one of two suspects who attempted a home invasion,” Joyner said.

The other man ran away from the scene. Police used a K-9 in an attempt to track him, but that was unsuccessful. Police are searching for him. Police described the missing man as a white male. Joyner said the shooting victim is an adult white man in his late teens.