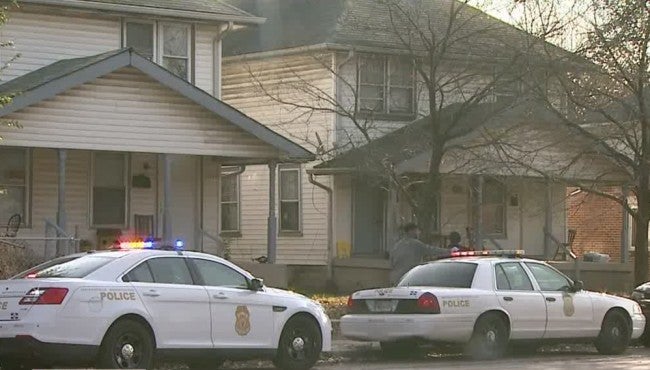 Just over a hundred days ago, Grundy beat a slew of charges filed by the Marion County Prosecutor’s Office.

During an interview shortly after walking out of court, Grundy indicated to reporters he would be moving out of the state to avoid harassment.

He couldn’t get out of town fast enough, according to some.

On Friday morning, Nov. 17, the FBI raided 24 homes in the city. The raids resulted in 21 arrests, including Grundy’s.

On Monday, 24-Hour News 8 returned to some of the scenes of the raids. Neighbors were carrying out their afternoon business.

Chris Stabb lived in one of the areas targeted. He expressed relief that arrests were made in the investigations, but he believes it will take more raids.

“It is going to have to be a continuing effort to go after these guys,” Stabb said.

Indianapolis Metropolitan Police Department Deputy Chief Christopher Bailey said a raid this large will create more opportunities for potential dealers. Bailey had a message for those looking to sell drugs in the city.

“We have a good idea who that is, you could next. We may not get you tomorrow or next year, or the year after. Your time is going to come when the state and local SWAT team will be busting down your door,” Bailey said.