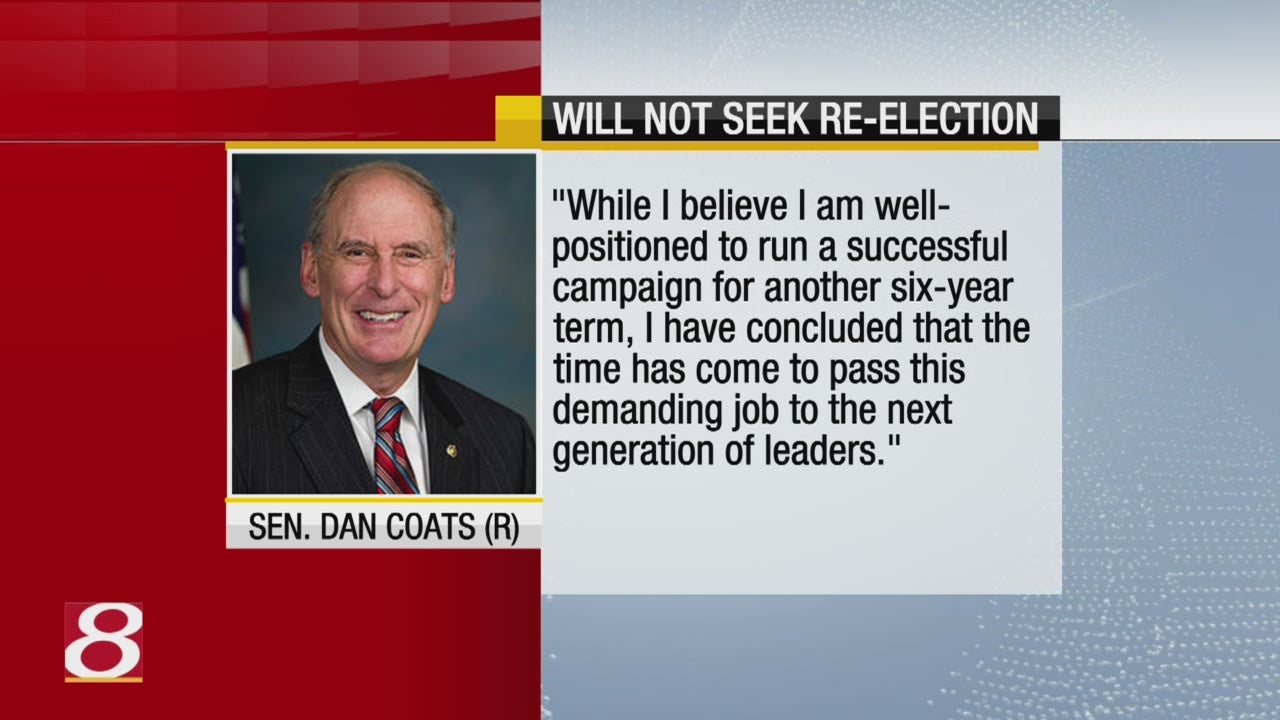 INDIANAPOLIS (WISH) – Senator Dan Coats (R-Ind.) announced on Tuesday that he will not seek re-election in 2016.

Today I am announcing that I will not seek re-election to the United States Senate. This was not an easy decision. While I believe I am well-positioned to run a successful campaign for another six-year term, I have concluded that the time has come to pass this demanding job to the next generation of leaders.

Until the end of my Senate term, I pledge to my constituents that I will continue to focus all of my time and energy on the major challenges that Hoosiers sent me to Washington to address.

“I am grateful to God and to Hoosiers who allowed me to serve my state and my country. I am particularly thankful for the unqualified support of my wife Marsha and our family. Regarding this decision, they were 100 percent in favor of whatever choice I would make.

Marsha and I look forward to continued engagement in Indiana in many other ways.

Coats served in the United States Congress from 1981 to 1999, first in the House of Representatives and then the Senate. Two years later, he was named U.S. Ambassador to the Federal Republic of Germany and returned to the Senate in 2011.

After learning of Coats’ decision not to seek re-election, Gov. Mike Pence released this statement:

With his decision to retire from the United States Senate at the end of his current term, Senator Dan Coats will bring to a close an extraordinary career in public service marked by humility, integrity, and a commitment to principled conservative leadership. Through his long career in public service, whether it be his time in uniform, his service in the U.S. House and Senate or as our Ambassador to Germany, few Hoosiers have made a greater contribution to our state or nation in public service than Senator Dan Coats.

While we greet this news with mixed emotions, we will always be grateful for the example, life and service of Senator Dan Coats and his family. We look forward to working with the Senator during the remainder of his term, and Karen and I wish Dan and Marsha every happiness upon his retirement.