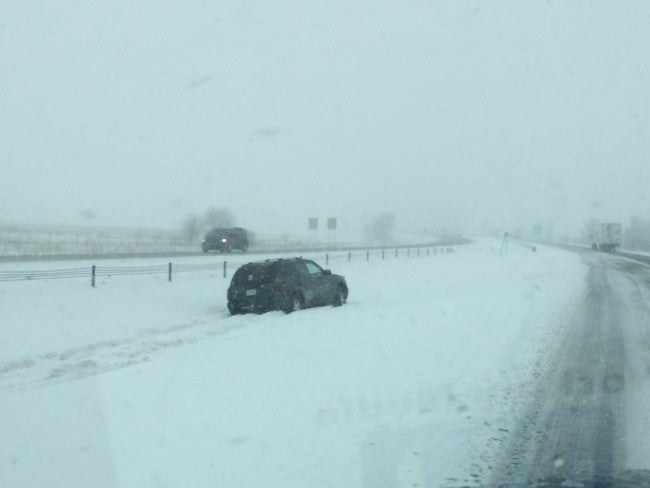 WHITE COUNTY, Ind. (WLFI) – Snowy conditions were affecting northbound traffic on Interstate 65 around the Remington and Wolcott areas Wednesday evening. According to ISP, I-65 north bound was down to one lane.

Indiana State Police said multiple semitrailers and vehicles slid off the road and into cable barriers along I-65, particularly between the 188 and 208 mile-markers.

Six miles south of the U.S. 24 exit, around mile-marker 195, ISP said I-65 was down to one lane due to numerous slide-offs and crashes.

ISP said they have been responding to vehicle slide-offs since early afternoon, when the wintry weather started moving in.

Officers say speed has been a factor in all of these slide-offs. Due to poor road conditions, police said drivers should monitor their speed.

No injuries have been reported at this time.