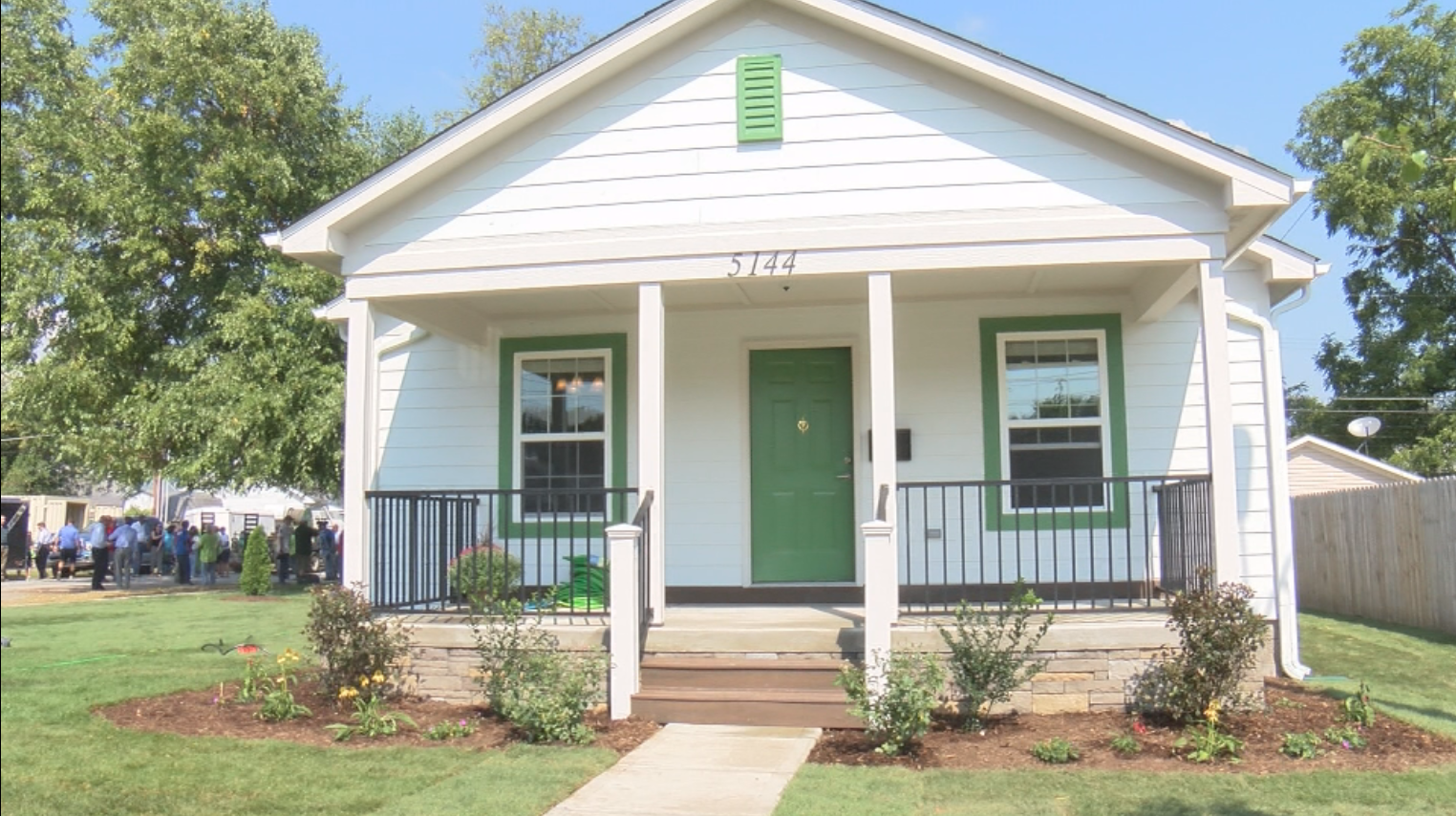 SPEEDWAY, Ind. (WISH) — Speedway welcomed its newest homeowner Friday, the recipient of a community-built home through The Fuller Center for Housing, Allison Manufacturing and Westport Homes.

Terrie Messer and her three children join two other families on the same block of West 10th Street who have received a home and a mortgage through those organizations.

“Of course I was in tears because I never imagined this ever happening,” said Terrie Messer, recalling when she received the phone call from The Fuller Center.

It all began when two teachers at Fisher Elementary nominated the Messers for Fuller Center’s program. The Messers agreed to donate 300 hours of community service in Speedway in exchange for the opportunity to move into a volunteer-built house with an interest-free 20-year home loan.

“We appeal to people who can’t go to a bank and borrow money,” said Chuck Vogt, president at The Fuller Center for Housing of Central Indiana Inc. “They have a job and maybe a little money in the bank, but the bank will not loan them money to buy a house, so that’s where we come along.”

“I’ve never had good credit,” said Messer. “I’ve always raised my kids in apartments, and it’s always been very hard. No safe backyard to go into.”

“I really didn’t think this day would come, but it finally did,” said Tiffany Messer, 19, grinning with her two younger brothers.

Vogt says The Fuller Center for Housing was organized by Millard Fuller, a name some in the Habitat for Humanity community may recognize.

“Millard Fuller was the architect for Habitat for Humanity,” explained Vogt. “He got in a political tug of war with his board of directors, left Habitat and started The Fuller Center eight years ago.”

Vogt says 100 percent — every dollar — donated goes toward the houses, and in a year where hundreds of thousands have lost their homes to natural disasters, he says The Fuller Center is tithing 10 percent of the worth of the Messers’ house to build homes in Texas and Florida through The Fuller Center International, based in Georgia.

“All those people there deserve their homes back,” agreed Messer, who has family members affected by the storms in Texas. “So it’s awesome that they’re doing that.”

Several in attendance remarked how this large-scale community effort has enabled three families and multiple generations on West 10th Street to achieve home ownership, and every hour put into the home was on a volunteer basis.

“I had over 100 employees involved in this build over the last two weeks; they worked very hard, and you can see the quality outcome here,” said Dave Graziosi, president and CFO of Allison Transmission.

“I owe them for the rest of my life to give this beautiful home to me and my kids,” said Messer. “And this is my home until God calls my number.”

For more information on The Fuller Center or now to nominate a deserving family, click here.