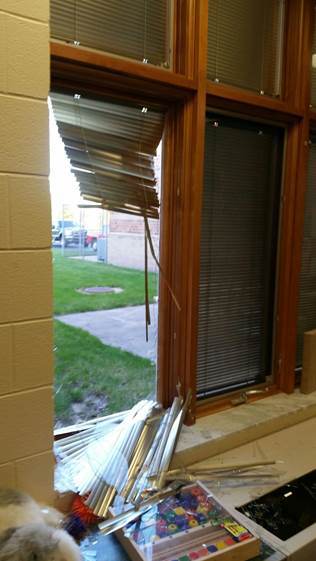 BLUFFTON, Ind. (WANE) – One superintendent had fun after an interesting and unusual break in at the high school.

A deer broke into a classroom at Bluffton High School Thursday evening. The deer entered the school though a window and spent about 30 minutes in the classroom. During that time, police tried to coax the deer back outside.

Bluffton-Harrison Metropolitan School District Superintendent Wayne Barker used Twitter to let his community know there was a deer in the classroom and that it had escaped.

Officials said the deer was injured when it left, but when people looked for it later, they were unable to locate it.

No one was injured, and the school held classes Friday without any issue.