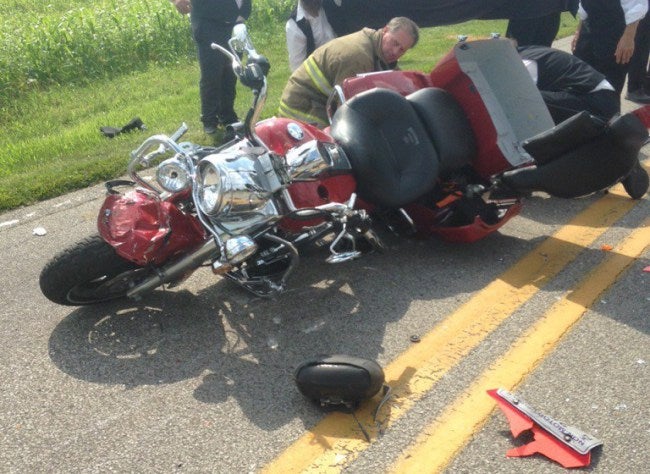 KOSCIUSKO COUNTY, Ind. (WANE) – One person is in serious condition and another in critical condition after a crash Thursday afternoon involving a horse-drawn buggy and a motorcycle.

Emergency personnel were called to County Road 1350 North near County Road 200 West a little after 3:00pm.

A preliminary investigation showed that Tracy Newcomer, 58, of Nappanee, was headed west on County Road 1350 North on a motorcycle.

A horse and buggy being controlled by Willis Lehman, 76, of Nappanee, pulled out from a private drive in front of Newcomer, causing Newcomer to collide with the back of the buggy. A passenger in the buggy, Frieda Lehman, 58, was taken to a hospital in serious condition with leg, chest, and back injuries. Willis Lehman was not hurt.

Newcomer was airlifted from the scene to a hospital in critical condition with head and multiple injuries.