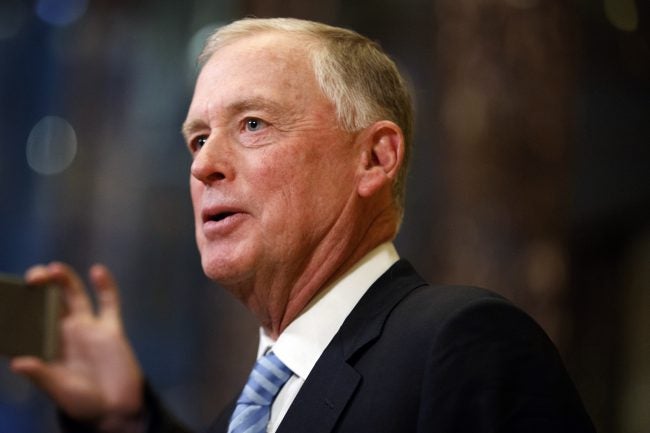 Quayle was the fifth vice president from Indiana.  He served under George H. W. Bush from 1989 to 1993.  Quayle lives in Phoenix now, but he talked to 24-Hour News 8’s Jessica Smith ahead of Inauguration Day.

“I told him, expect the unexpected. That’s the nature of the job. You never know what crisis is going to erupt in the next 24 hours,” said Quayle, “Just do the job. He knows what needs to be done. He’s been in the House for a number of years; he’s been a governor; he knows the political system. He knows the players. He knows Donald Trump now very well, probably as well as anybody,” said Pence.

Quayle recalled how quickly life changes after winning an election.

“Probably the biggest part of the transition is just getting used to the Secret Service and the 24/7 protection. You can’t go anywhere without them,” said Quayle.

As Pence gets ready to swear to support and defend the Constitution on Inauguration Day, Quayle remembers the weight of that moment.

“When you take the oath, you’re now the VP of the United States. With that comes awesome responsibility. It’s a wonderful honor to be able to serve the American people in that capacity,” said Quayle.

“It was a wonderful opportunity. I’d been in the House and been in the Senate, serving the people of the great state of Indiana. I was going to have the opportunity to serve the entire country. It is something that I was very blessed and very honored to be able to do,” said Quayle.

“He’s going to be a wonderful partner for Donald Trump. They complement each other. Mike Pence will be a very formidable player not only here in the U.S. and on Capitol Hill, but around the world as well,” said Quayle.

Even before Pence officially takes office, Quayle predicts history will look fondly on the sixth vice president from the Hoosier state.

“I’ve no doubt that Mike Pence will do a stellar job and be known as a very great vice president of the United States,” said Quayle.