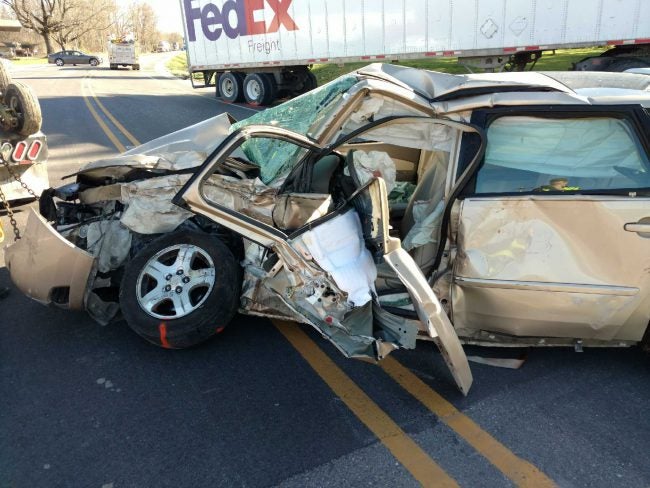 GREENE COUNTY, Ind. (WISH) — A woman is dead after a fatal crash Friday afternoon in Linton.

It happened just after 4 p.m. when 75-year-old Patsey Munson was travelling southbound on State Road 59 and began to travel onto a one way in the wrong direction.

Travelling the wrong way, Munson crashed into a semi-tractor and trailer.

The driver of the semi informed authorities he tried many maneuvers in an attempt to avoid hitting Munson, but was ultimately unable to avoid impact.

Munson was pronounced dead upon arrival of emergency crews.