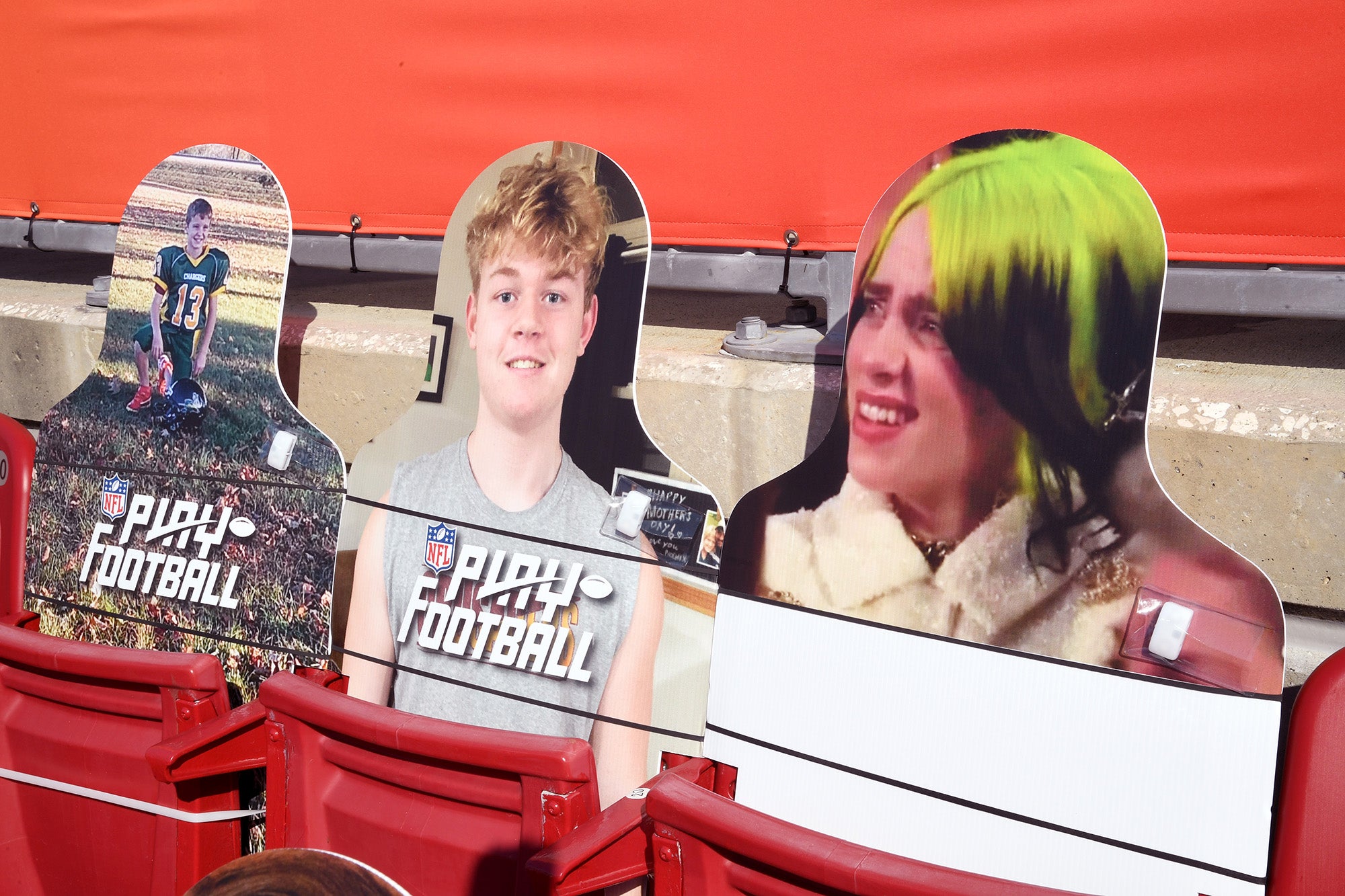 (CNN) — It looked like Raymond James Stadium in Tampa, Florida, was filled to capacity for Super Bowl LV, but that was not the case.

Only about 25,000 fans were in attendance. The other 30,000 seats were filled with cardboard cutouts of familiar faces like Eminem, Billie Eilish and Drake.

“So when you turn on the TV, you’ll look around. It won’t be a full capacity stadium,” said Peter O’Reilly, an NFL executive vice president.

Fans paid $100 to send a picture of themselves or a loved one to the NFL, to “be in attendance” at the game, according to CNN affiliate WFTS-TV. The league told the affiliate a portion of the proceeds will be donated to the nonprofit Feeding Tampa Bay.