Ryan, Colts rally but stall in OT for 20-20 tie with Texans 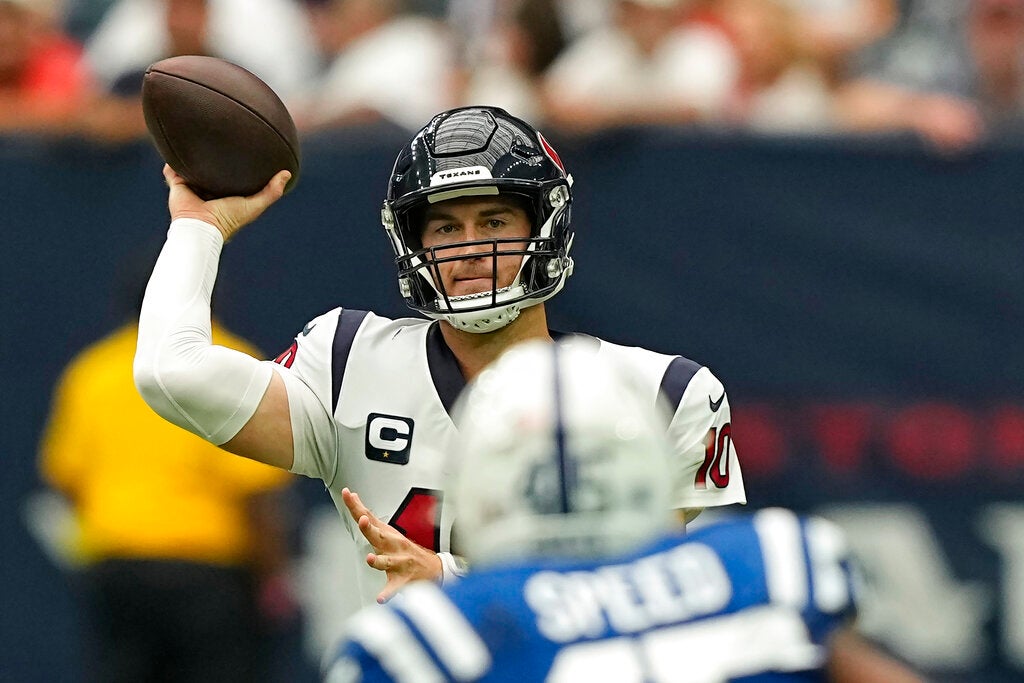 HOUSTON (AP) — Matt Ryan rallied Indianapolis in the fourth quarter to force overtime against the Houston Texans in his Colts debut, but neither team could score on two overtime possessions each and the game ended in a 20-20 tie.

The Colts got within field goal range in overtime, but Rodrigo Blankenship missed a 42-yard try with 2 minutes left. Ryan threw for 352 yards with an interception and a lost fumble.