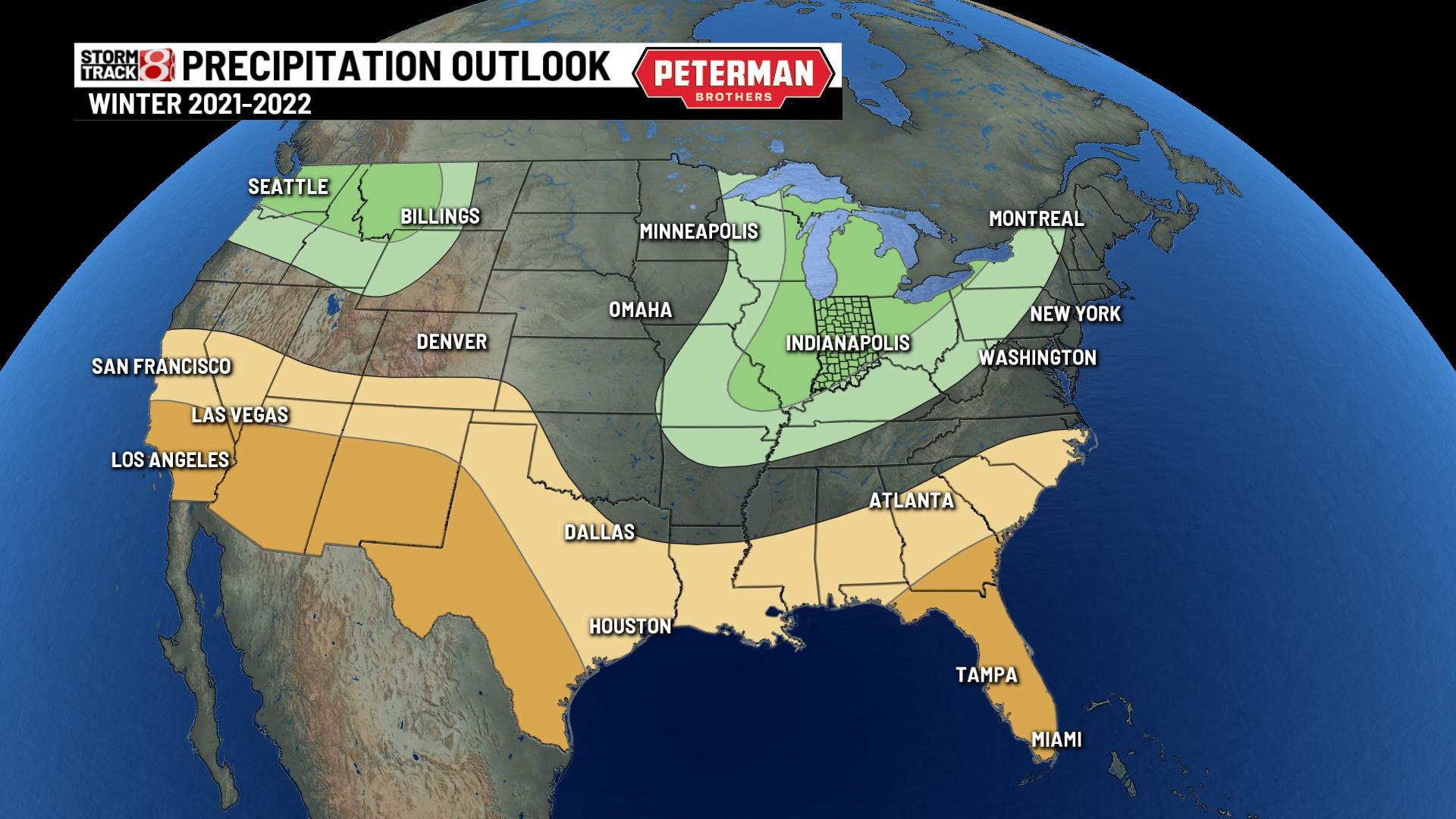 INDIANAPOLIS, IN (WISH) — After a warm and wet October, it looks like we’re in store for a blast of cold air across the state. But will it stick around for the entire winter season?

The U.S. Climate Prediction Center has come out with its forecast for December, January and February. There’s a greater chance for above-normal temperatures during this three-month period over much of central Indiana.

As for precipitation, the Climate Prediction Center is going with a greater chance of above-normal precipitation for much of the state.

It’s important to note that these winter forecasts show only the most likely outcome but it’s not the only possible outcome.

Meteorologist Mike Ryan with the National Weather Service in Indianapolis has put together his forecast for the winter season. He looked at a variety of climate signals and oscillations including El Niño/La Niña, North Atlantic and Arctic Oscillations. These shifts can result in a change of jet stream patterns, which can influence temperature, precipitation and storm track. Once he determines what the overall patterns will be, he looks back at previous years with similar conditions and sees what that winter season looked like.

“Current anomalies have us in a weak La Niña phase late fall and early winter, then warming back to cold neutral,” Ryan said.

During La Niña years, abnormally cool water in the central and eastern Pacific Ocean cause the jet stream to move a little farther north. This means more storm systems in the northern United States and the potential for a wetter than normal season.

The weak La Niña is just one factor. Ryan says there are other factors to consider.

“Wetter than normal does not always mean more snow than normal. We may see a lot of variability with precipitation. Expect rain, snow and a greater risk for precipitation-type challenges,” Ryan said.

Ryan is forecasting near normal temperatures through much of the winter with normal snowfall expected. The normal seasonal snowfall for December, January and February is 21.2 inches.

He says we also have the potential for a quick flip to warmer than normal conditions for early spring.

All Indiana Bets / 57 mins ago