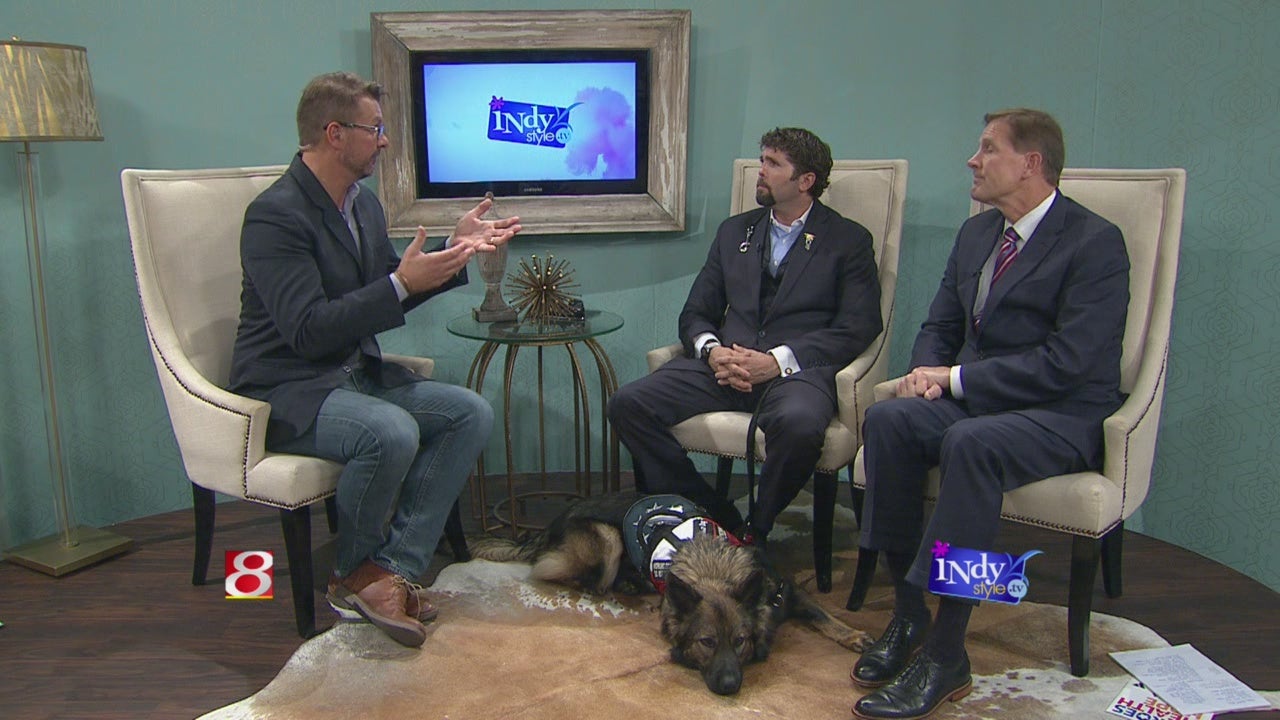 We salute the veteran community this morning with help from former Navy SEAL Jason Redman, along with Eric Ellsworth, President & CEO of the YMCA of Greater Indianapolis. Together, we learn about the forthcoming OrthoIndy YMCA at Pike facility, its overall goal, the impact on the Pike community, and how the community can help as the project continues. The facility is expected to open its doors in 2018.

In March 2016, the YMCA of Greater Indianapolis announced a very special partnership with the OrthoIndy Foundation. The Foundation has pledged $3 million toward construction of a new full-facility YMCA at 5315 Lafayette Road in Pike Township. In recognition of this generous gift, the new YMCA will be named the OrthoIndy Foundation YMCA.• The Impact on the Pike Community

Pike Township has nearly 78,000 residents. Sixty-four percent of students qualify for the Free and Reduced Lunch Program, and 24 percent of the population receives food stamps. Pike Township is a magnet for immigrant populations, with over 70 different languages spoken in local schools. The new Y in Pike will serve a broad and culturally diverse population.

The residents of Pike Township face significant chronic illnesses due to inactivity and obesity. A 2013 report from the Metropolitan School District (MSD) of Pike Township indicated that over 26% of students were overweight and an additional 20% were at risk of becoming overweight.

• The Impact on Veterans in Central Indiana

More than 57,000 military veterans currently live in Marion County with 120,000 residing across central Indiana. An estimated 77 percent of veterans are overweight or obese, and we have likely only seen the tip of the iceberg related to their healthcare costs.

In light of the growing need for veterans’ services, the Y is planning a special reduced membership fee for veterans, military service members and their families at all of 12 central Indiana locations. A new Pike facility will serve local residents while acting as a hub for veterans who face difficulties accessing wellness programs and facilities.

A wing of the new Y will feature space designated specially for veterans’ medical care and staffed by professionals from the Roudebush VA Medical Center. Health services will include physical therapy, occupational therapy, pain management and individual and family counseling. Veteran members will also benefit from the YMCA’s traditional wellness programming along plus new programs being designed specifically with veterans in mind. Services, in partnership with local organizations, will include among others, financial literacy, military-style fitness training, adaptive sports, job placement and art therapy.

The new OrthoIndy Foundation YMCA will be built on land provided by the MSD of Pike Township. Current plans call for a 45,000 square foot center including 40,000 sq. ft. of traditional YMCA space (pool, gym, wellness center, childcare, etc.) and 5,000 sq. ft. of veterans’ healthcare space. In addition, in July 2016 the Pike School Board voted unanimously to move forward with construction of a 35,000 square foot early childhood learning center in conjunction with our new Y.

Generous gifts from community leaders have brought our campaign total to $12.3 million. Initial architectural design is complete. To build the size and quality of facility we have planned – and one deserved by Pike residents and our military heroes – more dollars are needed.

The community can help! You can participate in this landmark effort by visiting www.ylovesvets.org.• About Jason Redman

Jason Redman was born in a small town in southern central Ohio. He joined the Navy on September 11, 1992 and began his naval career at boot camp in Orlando, Florida. He graduated from US Navy SEAL training in December of 1995 and was commissioned a Navy SEAL Officer in May of 2004.

In May of 2006, he graduated from the grueling US Army Ranger Course of Instruction to further his tactical knowledge and increase his understanding of Joint Operations and Army mission planning.

On September 13, 2007 while acting as Assault Force Commander on an operation to capture an Al Qaeda High Value Individual LTJG Redman’s Assault Team came under heavy machine gun and small arms fire and he along with two other Teammates were wounded in the ensuing firefight.