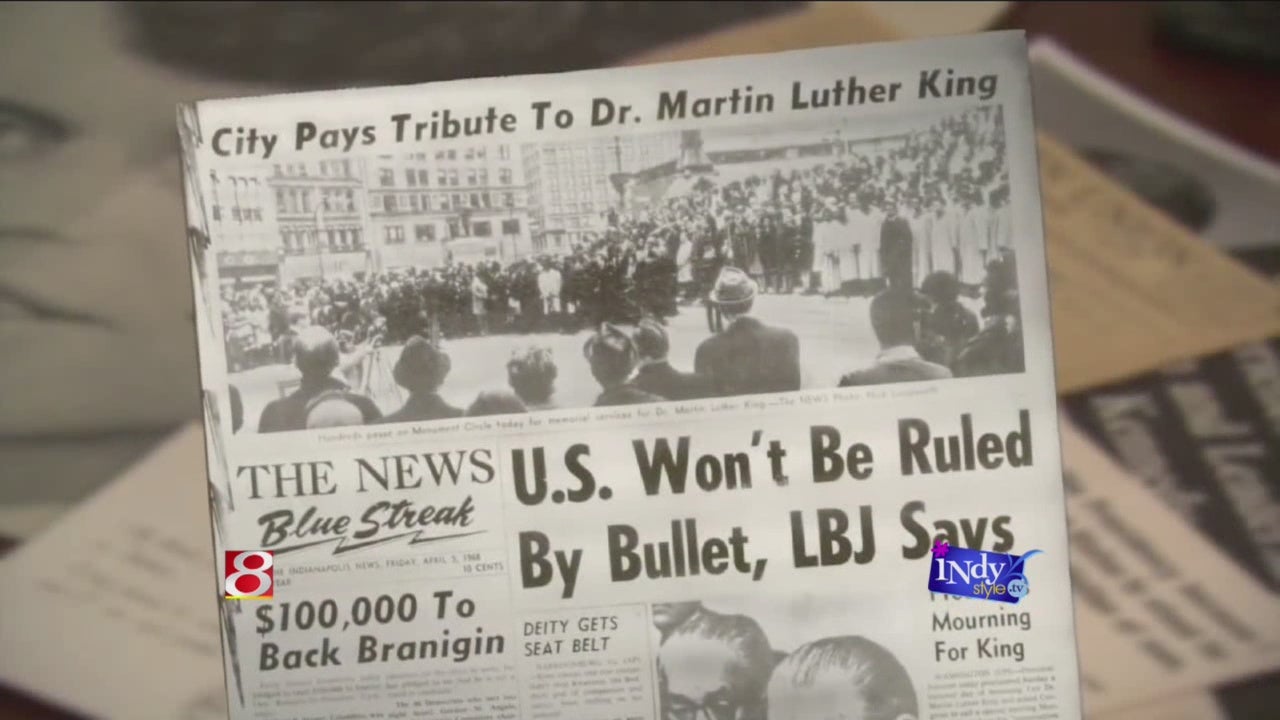 For the 15th year in a row, visitors to White River State Park attractions will receive free admission and free parking on Martin Luther King Jr. Day, Jan. 19, with a canned good donation (one can per person, per attraction).

In addition to enjoying the attractions themselves, MLK Jr. Day visitors can: watch a free IMAX® movie; view signed copies of the Emancipation Proclamation and 13th Amendment; catch Jingle Rails before it chugs out of town; get free tickets to the Indianapolis Indians’ season opener if they complete a health screening; see cold-weather animals enjoying the winter chill; and view “A Ripple of Hope,” a film based on the speech given by Robert Kennedy in Indianapolis on the night Martin Luther King died.

Over the years, the Park’s partnership with Gleaners Food Bank of Indiana on this one-day, annual event has resulted in more than 85 tons of non-perishable, canned food donations.

“We are pleased to once again partner with White River State Park,” said Cindy Hubert, Gleaners’ president & CEO. “The drive not only helps Hoosiers in need, but allows families to enjoy these wonderful facilities at no cost. We’re grateful for the Park’s generosity for the past 15 years as well as their patrons! Without food drives like these, many Hoosiers would go without food. We can’t thank you all enough.”

Special activities will take place throughout the day at most of the major attractions that make up White River State Park: Eiteljorg Museum, IMAX® Theater, Indiana State Museum, Indianapolis Zoo and the NCAA® Hall of Champions.

“We’re honored to celebrate this long-standing partnership with Gleaners, as well as our partnership with Eskenazi Health on such an important holiday,” said Bob Whitt, executive director of White River State Park. “Each year, our visitors rise to the occasion by filling the donation bins to benefit those less fortunate while enjoying plenty of entertainment and healthy activities throughout the day.”

The following FREE activities at Park attractions will be taking place on MLK Day:

• Indianapolis Zoo: Visitors can walk the grounds and see animals, especially the ones that love the cooler temperatures. Favorite activities will include petting sharks, gazing at dolphins and looking eye-to-eye with orangutans.  www.indianapoliszoo.com

• NCAA Hall of Champions: Get your workout in at the NCAA Hall of Champions where current and former student athletes lead classes. Also watch the film “A Ripple of Hope,” which is based on the speech given by Robert Kennedy in Indianapolis on the night Martin Luther King died. The film narrates the events through the eyes of those who were there, including Julia Carson, the late U.S. Congressperson from Indiana; Tom Cochrun, Indianapolis reporter; and Rev. Dr. Tom Brown, son of a prominent Indianapolis minister close to King.  www.ncaahallofchampions.org

• Indiana State Museum: Films, activities and performance art fill the museum as the life and times of the great Dr. Martin Luther King, Jr. are celebrated. Visitors can see first-hand two of the documents that laid the foundation for equality: the Emancipation Proclamation and 13th Amendment. The Farmer’s Market Café will be serving lunch.  www.indianamuseum.org

Returning this year, Eskenazi Health and the Indianapolis Indians will again offer free health screenings but at a new location: Indiana State Museum. From 10 a.m. to 2 p.m., nurses will also be available to discuss the importance of primary and preventive care. Anyone who donates a can of food and participates in the health screenings will receive a complimentary ticket to Opening Night at Victory Field on April 9 courtesy of the Indianapolis Indians. Plus, Rowdie, the Indians mascot, will stop by for autographs between 11 a.m. and noon.   www.IndyIndians.com

• Eiteljorg Museum: Visitors can immerse themselves in Native American and Western cultures with the museum’s many exhibits. It’s your last chance to visit Jingle Rails:

The Great Western Adventure, a one-of-a-kind locomotive wonderland where eight model trains travel on 1,200 feet of track to wind past treasures of Indianapolis and the American West, including the Soldiers’ and Sailors’ Monument, Lucas Oil Stadium, the Indiana State Fair, a working replica of Old Faithful, Golden Gate Bridge, the Grand Canyon and more. And be sure to check out the lunch specials at the Eiteljorg Museum Café. www.eiteljorg.org

The Park is also offering complimentary parking on MLK, Jr. Day. Visitors may park in the underground garage located off Washington Street in front of the Indiana State Museum, in the surface parking lots at the Indianapolis Zoo and Victory Field, and in the surface parking lot across from Victory Field next to the Park’s Visitor’s Center. Parking is not guaranteed and is on a first-come, first-served basis.