An anti-abortion bill veto would break a Pence campaign promise 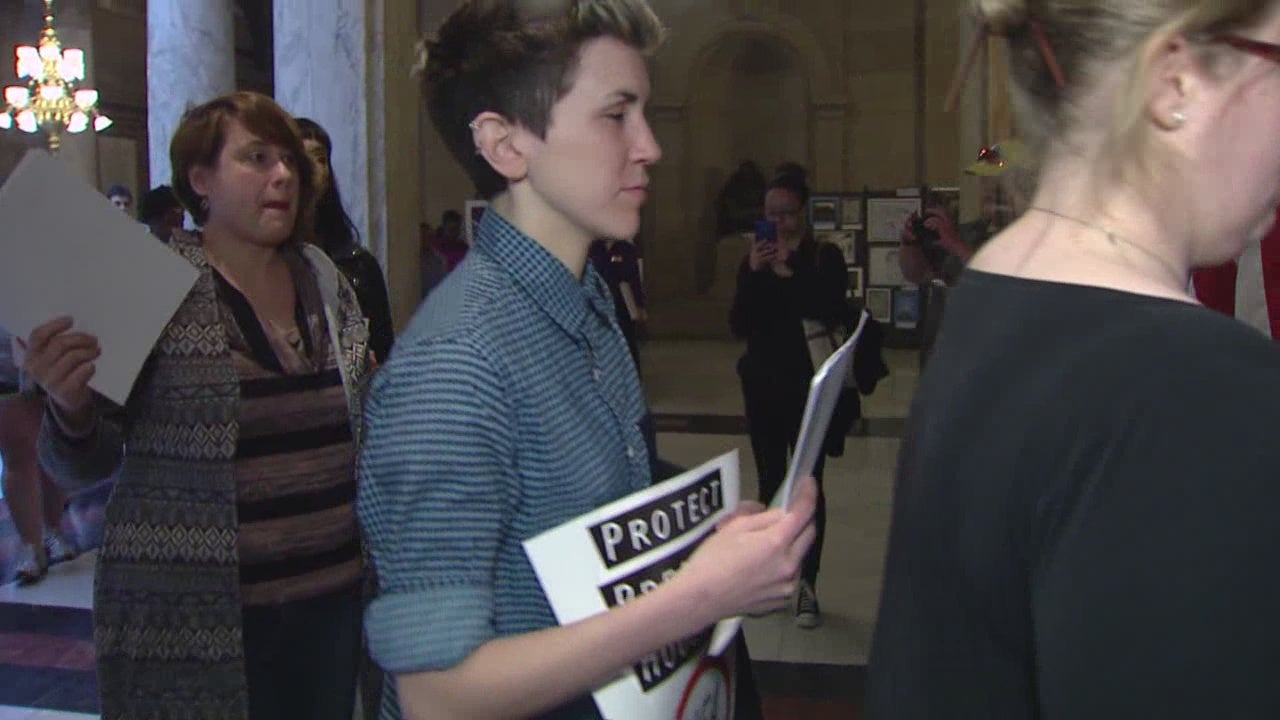 INDIANAPOLIS (WISH) — A protest at the Statehouse Monday hoped to encourage Gov. Mike Pence to veto a controversial abortion bill.

Opponents to the bill include some pro-life lawmakers who think that it is too extreme. But when he was in Congress, Pence sponsored legislation that called for banning abortion even in cases of rape or incest.

Members of an organization called Indy feminists gathered at the Statehouse for a protest that likely comes too late.

“This is part of a concerted campaign on the side of anti-choice legislators and activists,” protester Harmony Glenn said, “to limit access to a safe and legal medical procedure.”

“It is my uterus,” protester Abigail McKinney said, “it is my body, it is my life, my right and it is my choice.”

They came armed with petitions bearing 2,700 signatures, and the group formed a small parade delivering the petitions to the governor’s office.

Mike Pence indicated last week that he hasn’t decided yet if he will sign the abortion bill.

“We’ll give that very careful and thoughtful consideration in the days ahead,” he said.

But, if he doesn’t sign it, that would break a campaign promise he made in 2012.

“Let me be very clear on this, I’m pro-life,” he said in August of 2012. “If the legislature sends me pro-life legislation, I’ll sign it.”

He made it clear that he had no plans to avoid taking action on social issues.

“I am who I am and I hold the views that I hold,” he said at the time.

It means that the arguments that Indiana is already one the most restrictive states in the country when it comes to abortion access will have little effect on the governor’s plans.