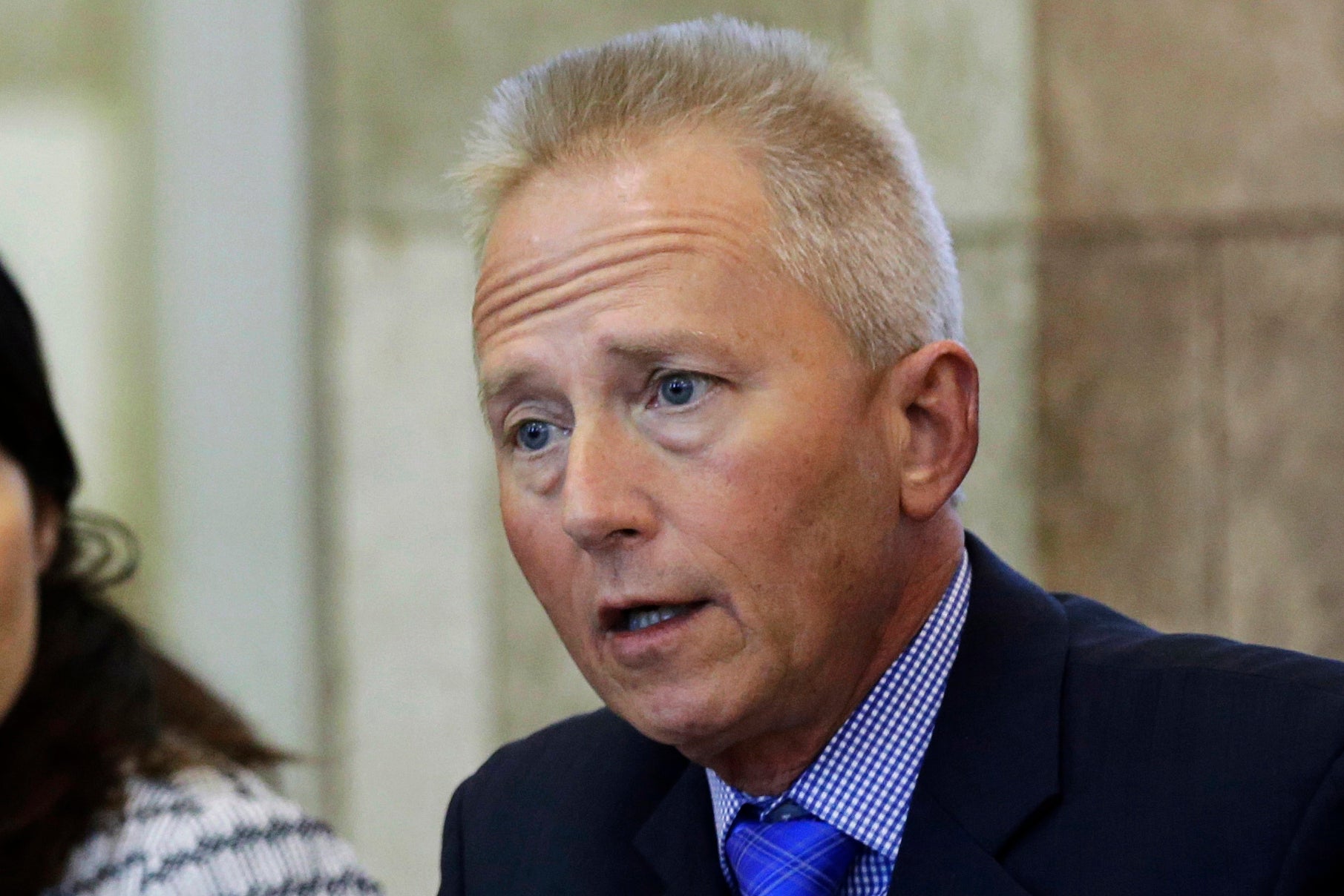 WASHINGTON (AP) — A House freshman from New Jersey who was planning to break with his party and vote against impeaching President Donald Trump will become a Republican, a GOP official said Saturday.

Top House Republicans have been told of Rep. Jeff Van Drew’s decision, according to a GOP official familiar with the conversations. The lawmaker had discussed switching parties in a meeting with Trump at the White House on Friday, an administration official said Saturday.

Van Drew’s decision underscores the pressures facing moderate Democrats from Trump-leaning districts as next week’s impeachment vote approaches. Van Drew won his southern New Jersey district by 8 percentage points last year, but Trump carried it by 5 points in 2016 and Van Drew was considered one of the more vulnerable House Democrats going into next November’s congressional elections.

There are 31 House Democrats who represent districts Trump carried in the 2016 election, and many of them have been nervous about the political repercussions they would face by voting to impeach Trump. The House Republican campaign committee has already run ads targeting many of them, but most are expected to support Trump’s impeachment.

A senior Democratic aide said Van Drew had not notified House Democratic leaders about his decision. All the aides spoke on condition of anonymity to describe private conversations.

The senior Democratic aide provided what was described as a poll conducted earlier this month by Van Drew’s campaign showing that by more than a 2-1 margin, people in his district would prefer a different candidate than Van Drew in the Democratic primary and general election.

Rumors surfaced last week that Van Drew might switch parties, and he repeatedly denied them to reporters. But he reaffirmed his plan to oppose impeachment, barring new evidence.

“It doesn’t mean that I agree with everything the president may have said or done. It means that I don’t believe that these are impeachable offenses,“ he said in an interview Thursday.

Van Drew and a spokesperson did not answer their cellphones or return text messages on Saturday.

Even with his defection, there remains no doubt that the Democratic-controlled House will vote to impeach Trump on a near party-line vote.

Democrats will still control the chamber by 232-198, plus an independent and four vacancies. Until now, Van Drew and Rep. Collin Peterson of Minnesota were the only Democrats expected to vote against impeachment, with perhaps a small handful of others joining them. House Republicans seem on track to oppose impeachment unanimously.

Van Drew was a longtime state senator. His congressional district had been under Republican control for nearly two decades before he was elected.

The House is set to approve two articles of impeachment against Trump this coming week. Democrats, who hold the majority, expect support from all but a few of their members. No Republicans are expected to join them.

The Republican-controlled Senate is then all but certain to acquit Trump after a trial in January.

Van Drew has argued that the process is likely just to further divide the country and it would be better to let voters decide Trump’s fate in next year’s election.