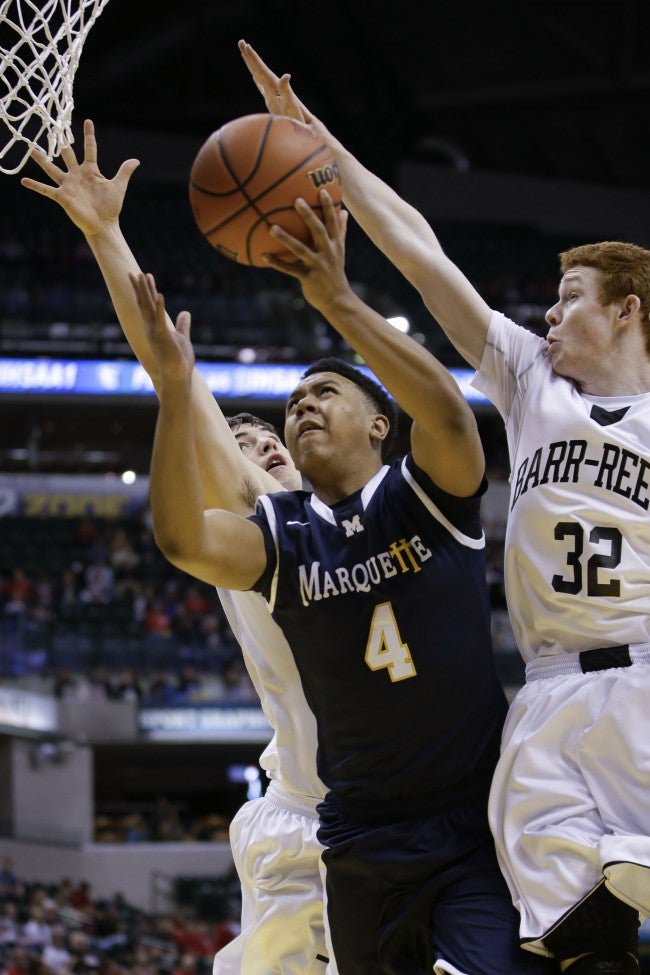 With 3:53 to play in the first quarter Swartzentruber found Roy cutting through the lane for layup and a 7-5 lead for second-ranked Barr-Reeve (27-2). Roy followed with a 3-pointer as the Vikings began to slowly pull away from fifth-ranked Marquette (24-7).

The Vikings trailed for just 39 seconds during the opening moments of the game and led 34-20 at the break.