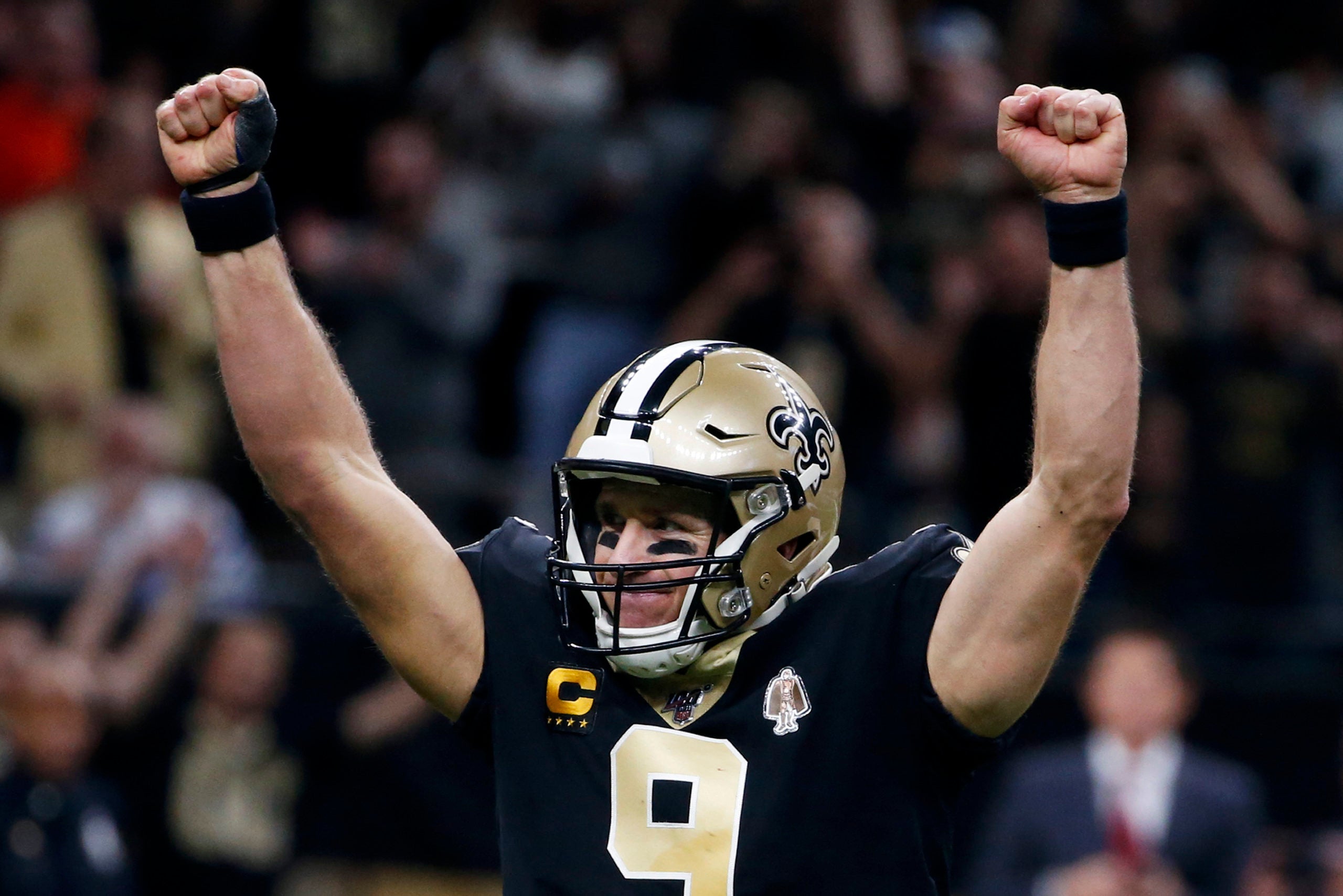 He passes Peyton Manning (539) and Tom Brady (538 and counting) to become the all-time leader.  He also leads the league in passing yards, completions, and completion percentage.

Brees is in his 19th season in the NFL. After successful seasons from 1997-2000 at Purdue, Brees was drafted by the San Diego Chargers as the first pick in the second-round of the 2001 NFL Draft.