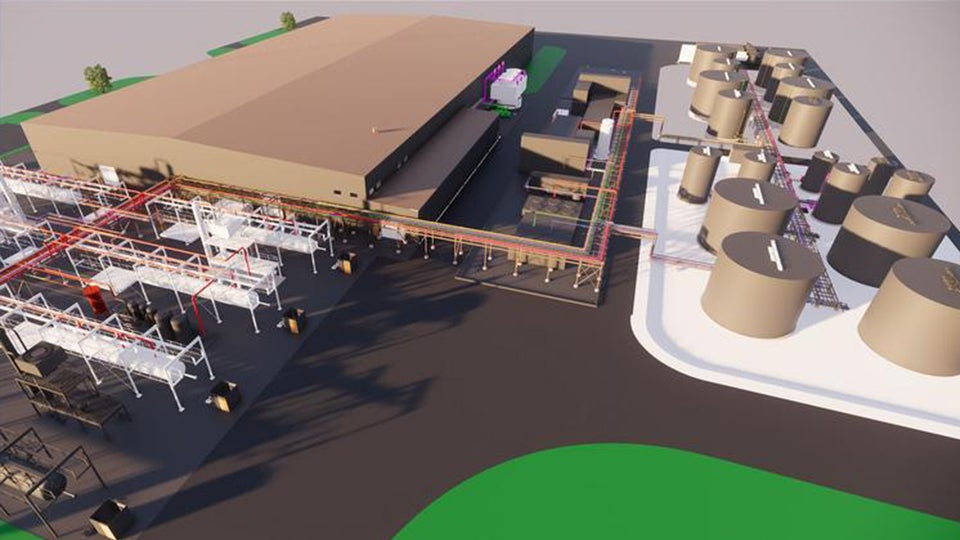 ASHLEY, Ind. (Inside INdiana Business) — The California-based developer of a $260 million plastics-to-fuel facility in northeast Indiana is partnering with Indianapolis-based RecycleForce to find employees for the plant.

Brightmark Energy says it has committed to hiring individuals trained by RecycleForce to work at the advanced plastic recycling plant in the Steuben County town of Ashley.

Additionally, RecycleForce will provide up to 1,700 tons of hard-to-recycle plastics, such as televisions, computers and car seats, for processing at the facility.

In addition to providing electronic recycling services, RecycleForce provides services to 300 formerly incarcerated men and women annually to help them with workforce training, case management, peer mentorship and job opportunities. In an interview with “Inside INdiana Business,” RecycleForce President Greg Keesling said the partnership will benefit those people.

“The Department of Correction is increasingly shifting folks for their re-entry into Marion County. So I have more people, in just the last few months, from Fulton County, Jay County, Madison County; we’re getting people shifted from the rural areas to do their re-entry here,” said Keesling. “And so they’ve thrown out this idea of having people complete their oversight in Steuben County or Allen County or places nearby.”

The new facility is expected to create 136 jobs when it is operational.

The people trained for the jobs will begin with a wage of $15 per hour with full benefits. Keesling says it’s still early in the process and there is a lot of work to do with various state and local corrections agencies, but the effort is underway.

Brightmark Chief Executive Officer Bob Powell says the partnership has been in the works for quite some time and RecycleForce’s mission to help formerly incarcerated individuals is what attracted him to the deal.

“Given the fact that they’re involved in recycling of e-waste, it was just a real home run with their mission and exactly what they do, which is take e-waste and optimize the reuse of it,” said Powell. “Having a steady source of talent is really important to us up in Ashley and so it’s going to be extremely helpful to us because that’s clearly one of the challenges we have. To have the ability to have (RecycleForce) help source great, hardworking folks is really going to help us be successful there.”

RecycleForce says the people trained through its program will also play a key role at the Ashley plant by leading workforce training for new staff on workplace safety, forklift operation, and other needs.

Construction on the plastics-to-fuel plant began in May. Brightmark says the facility will initially be able to convert about 100,000 tons of plastics into more than 18 million gallons of ultra-low sulfur diesel and naphtha blend socks, as well as six million gallons of commercial grade wax each year.

Keesling says the products that will be provided to the Ashley plant for recycling are mixed-plastic materials, for which there isn’t a large market.

“China was buying the bulk but now with the tariffs, they’ve stopped almost entirely; it’s very difficult to find buyers for this mixed plastic,” said Keesling. “(Brightmark is) going to be able to take every type of plastic that we have. So not only are we going to be able to send it, but instead of having to secure containers, oversee shipping, we’re going to be able to put them into box trucks and semis and drive up the two-plus hours to northern Indiana. It’s going to dramatically change how much material we can take in and process because we now have a reliable outflow for this plastic waste.”

The companies say the multiyear agreement allows for the volume of plastic materials provided to the plant to increase over time as RecycleForce expands its operations and can bring in more material. Keesling says the company is in the process of building a new, 114,000-square-foot facility will allow it to take in at least triple the amount of material it can currently handle.