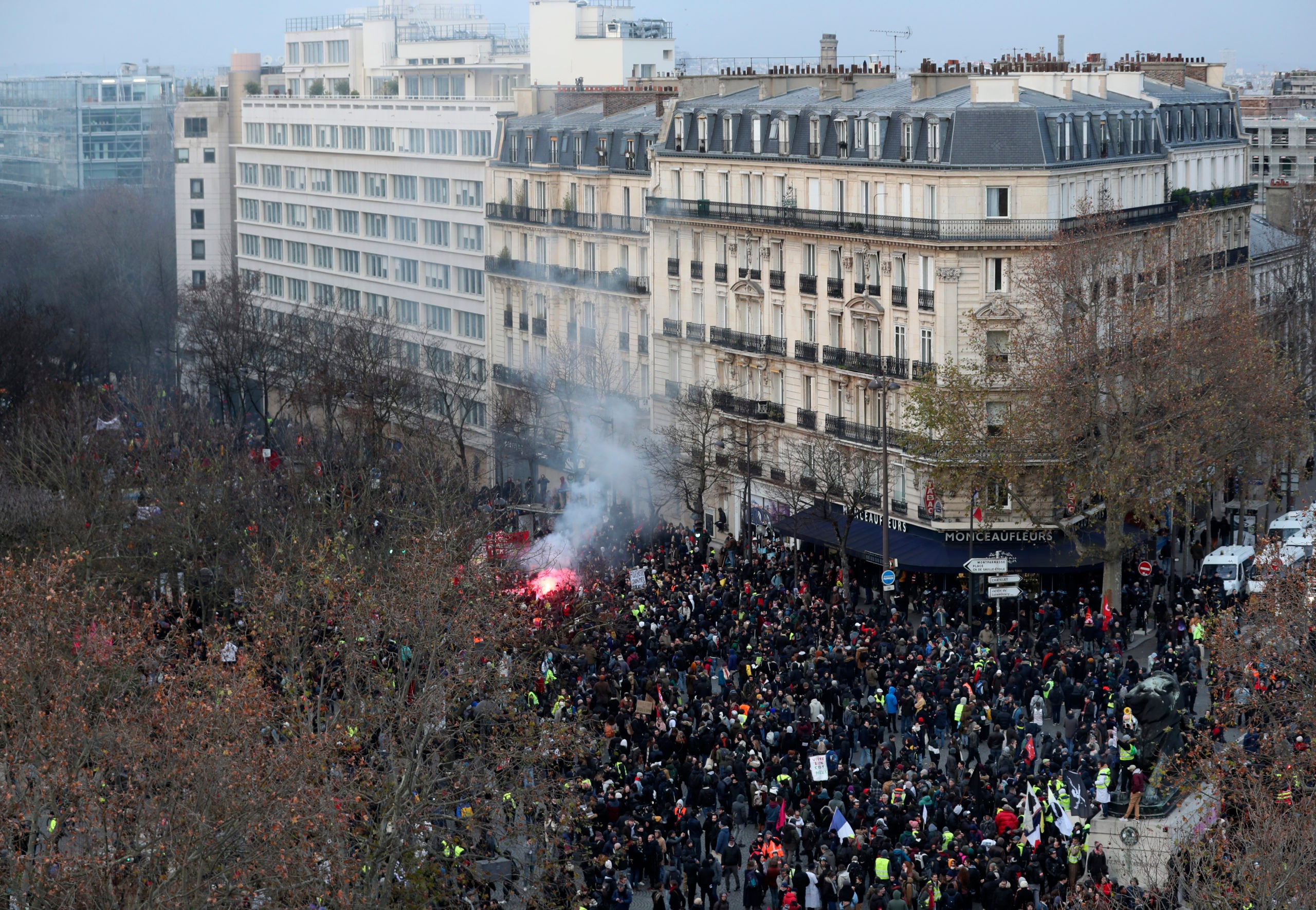 PARIS (AP) — France’s prime minister is expected to unveil proposals on pension reforms that might calm tensions on the seventh straight day of a crippling transport strike.

Hundreds of thousands of angry protesters have marched through French cities.

On Wednesday in the Paris region, authorities measured around 460 kilometers (285 miles) of traffic jams, and all but two of the city’s metro lines closed. Commuters also used means other than cars to get to work, such as shared bikes and scooters.

Many French commuters still express support for the strikes despite the chaos, owing to fears their pensions will shrink under President Emmanuel Macron’s plan.

Prime Minister Edouard Philippe is, according to French media, expected to offer a series of proposals that could include concessions on the reforms, such as a delay in their implementation.

Unions fear that a new system, which replaces a national pension system with special privileges for some in the transport sector, will force people to work longer for smaller pension allocations. The government says it won’t raise the age of retirement up from 62.