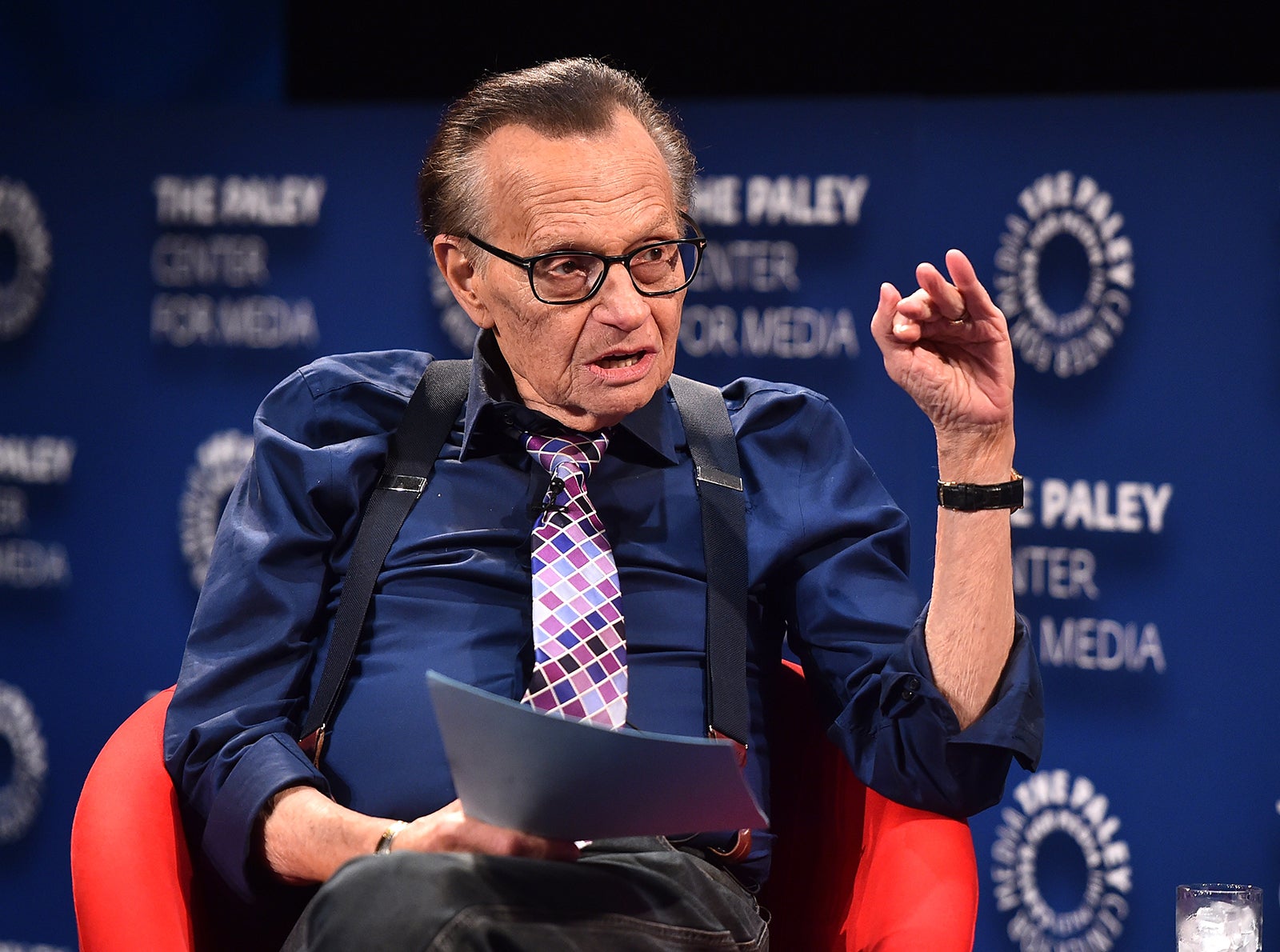 (CNN) — Larry King built an iconic career interviewing celebrities and newsmakers and many of them paid tribute to the broadcasting legend following his death.

Former President Bill Clinton said he was interviewed by King more than 20 times and remembered him as having “a great sense of humor and a genuine interest in people.”

CNN Chief International Anchor Christiane Amanpour posted a remembrance of King, who hosted “Larry King Live” on CNN for 25 years. Amanpour called King “a giant of broadcasting” whose “name is synonymous with CNN.”

Fellow CNN colleague Wolf Blitzer called King “an amazing interviewer and a mentor to so many of us.”

CNN founder Ted Turner said in a statement King’s death “felt like a punch to the gut.”

“Larry was one of my closest and dearest friends and, in my opinion, the world’s greatest broadcast journalist of all time,” Turner said. “If anyone asked me what are my greatest career achievements in life, one is the creation of CNN, and the other is hiring Larry King. Like so many who worked with and knew Larry, he was a consummate professional, an amazing mentor to many and a good friend to all. The world has lost a true legend.

Radio and TV host Ryan Seacrest, who interviews celebrities daily as co-host of “Live with Kelly and Ryan,” called King “a dear friend and mentor,” who was “an American treasure.”

Director, actor and comedian Kevin Smith posted a photo of himself with King and said being interviewed by him was an “honor.”

The official Twitter account of the PBS children’s show “Arthur” posted a photo of King interviewing the animated cast with the message, “We’ll miss you, Larry King.”

Muppets legend Kermit the Frog reflected on his turn guest hosting on “Larry King Live,” saying it was “an honor to fill the suspenders of such an icon!”

Rapper and actor 50 Cent also posted a photo of himself with King, who he called a “legend.”

King’s beloved Los Angeles Dodgers honored him on Twitter. King was a fan of the Brooklyn Dodgers growing up and he continued to support the MLB team when it relocated across the country to California. He was frequently spotted at games in Dodger Stadium, sitting in seats behind home plate.

Former GOP House Speaker Newt Gingrich, who occasionally filled in for King as a guest host, called him “a legendary radio and tv pioneer.”

Craig Ferguson, former host of CBS’ “The Late Late Show with Craig Ferguson,” said King “taught me so much. He was a true mensch. He probably even taught me that word.”

Jesse Ventura, a former Minnesota governor and political commentator, said he was interviewed by King “multiple times in my life. It was always a joy and a pleasure. He truly was the King of Talk.”