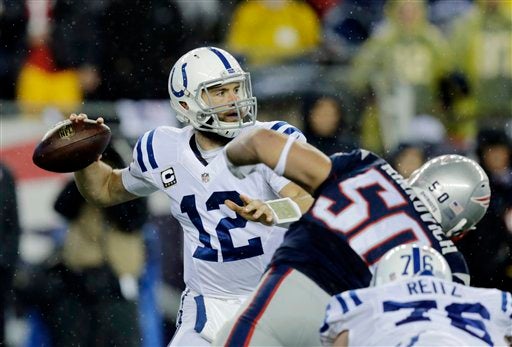 FOXBOROUGH (WISH) -The New England Patriots had 11 of their 12 allotted game footballs under-inflated by 2 pounds of air (PSI) as required by NFL regulations, ESPN reports.

ESPN reports Greg Aiello, the NFL’s senior vice president of communications, said, “We are not commenting at this time.”

ESPN says the investigation into how the 11 footballs became under-inflated continues.

Select sports writers and analysts have called for the Patriots to forfeit their trip to the Super Bowl. Some Colts players reacted hours after the report’s release on Twitter.

If New England was to be DQ’d.. We’d be their replacements right??… I should probably lay off these strawberry margs— Pat McAfee (@PatMcAfeeShow) January 21, 2015