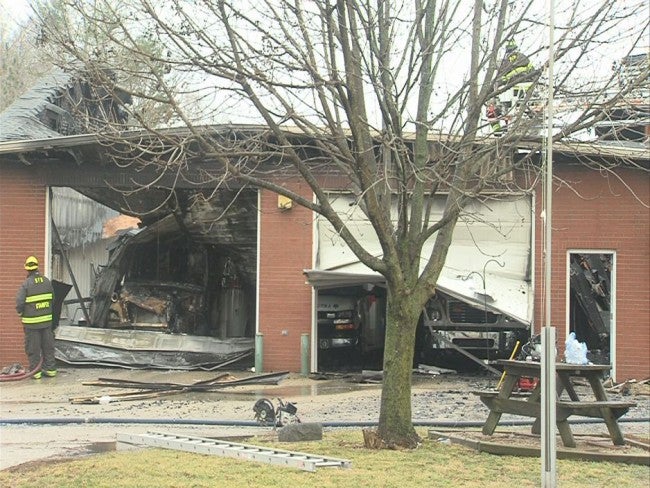 Both Sheriff Cottom and Indiana State Police on the scene reported no injuries. They were still fighting an active fire around 11:30 a.m. There was heavy smoke and flames coming from the building.

Roadways were closed in the area and some buses had to be rerouted.

Sheriff Cottom also said that it was an employee coming to work who noticed smoke coming from the building and was able to alert those inside. Everyone was able to evacuate safely.

The structure along with three Sullivan County owned ambulances sustained major damage. Sullivan County does have a second station in Carlisle that will continue to provide services.

Officials report the cause of the fire has not been officially determined, but they believe it started in the ambulance bay.