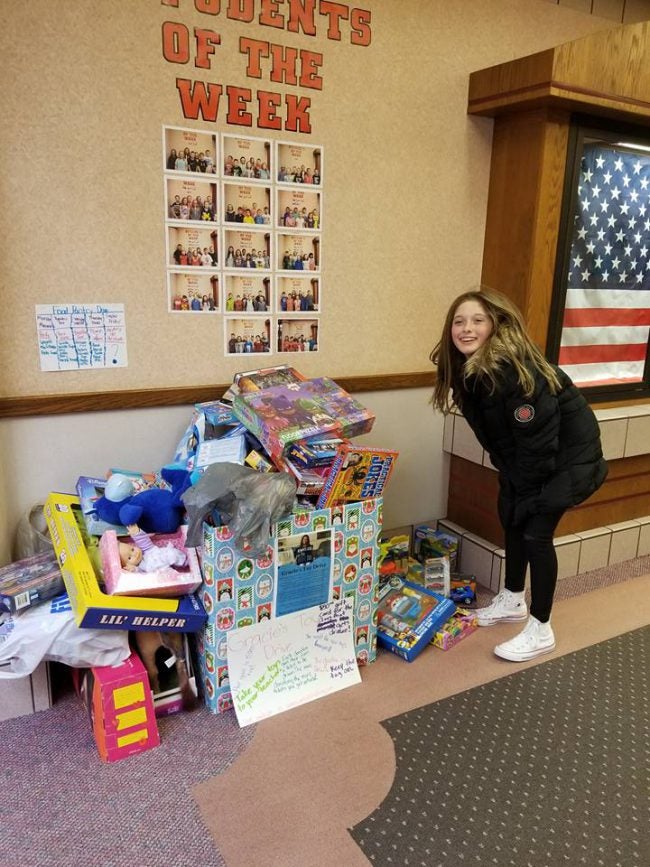 DANVILLE, Ind. (WISH) — A Hendricks County girl has reached and surpassed her goal to collect 5,000 toys for children at Riley Hospital for Children at IU Health.

In November, Gracie Bennett spoke to Daybreak’s Nina Criscuolo about her toy drive.

The Danville native has been holding Gracie’s Toy Drive for about six years now, always to benefit the children who will spend the holidays at Riley Hospital for Children. In all those years combined, she gathered about 5,000 toys. This year, when she was chosen as a Riley Champion, she knew she wanted to do more and set a single holiday season goal of 5,000 toys.

Not only has she reached that goal, she doubled it with the help of Kohl’s and dozens of collection sites throughout central Indiana.

The Bennett family said it at first seemed like Kohl’s would be the reason Gracie reached 5,000 toys, but the 11-year-old met her goal even without the national retailer’s donation.

As a former Riley patient herself, undergoing years of treatment and several surgeries due to a brain tumor, Gracie said she understands what it means to spend long periods of time at the hospital.

“The kids at Riley, their parents may not have the money to get them a present for Christmas,” Gracie Bennett said. “The toys that are at the toy drive are for the kids specifically at Riley, we go out and pass them out, whatever toy they want.”

On Tuesday, Gracie and a lot of helpers will be packing a truck at Indiana Connections Academy before taking the load over to Riley Hospital for Children to deliver the toys.