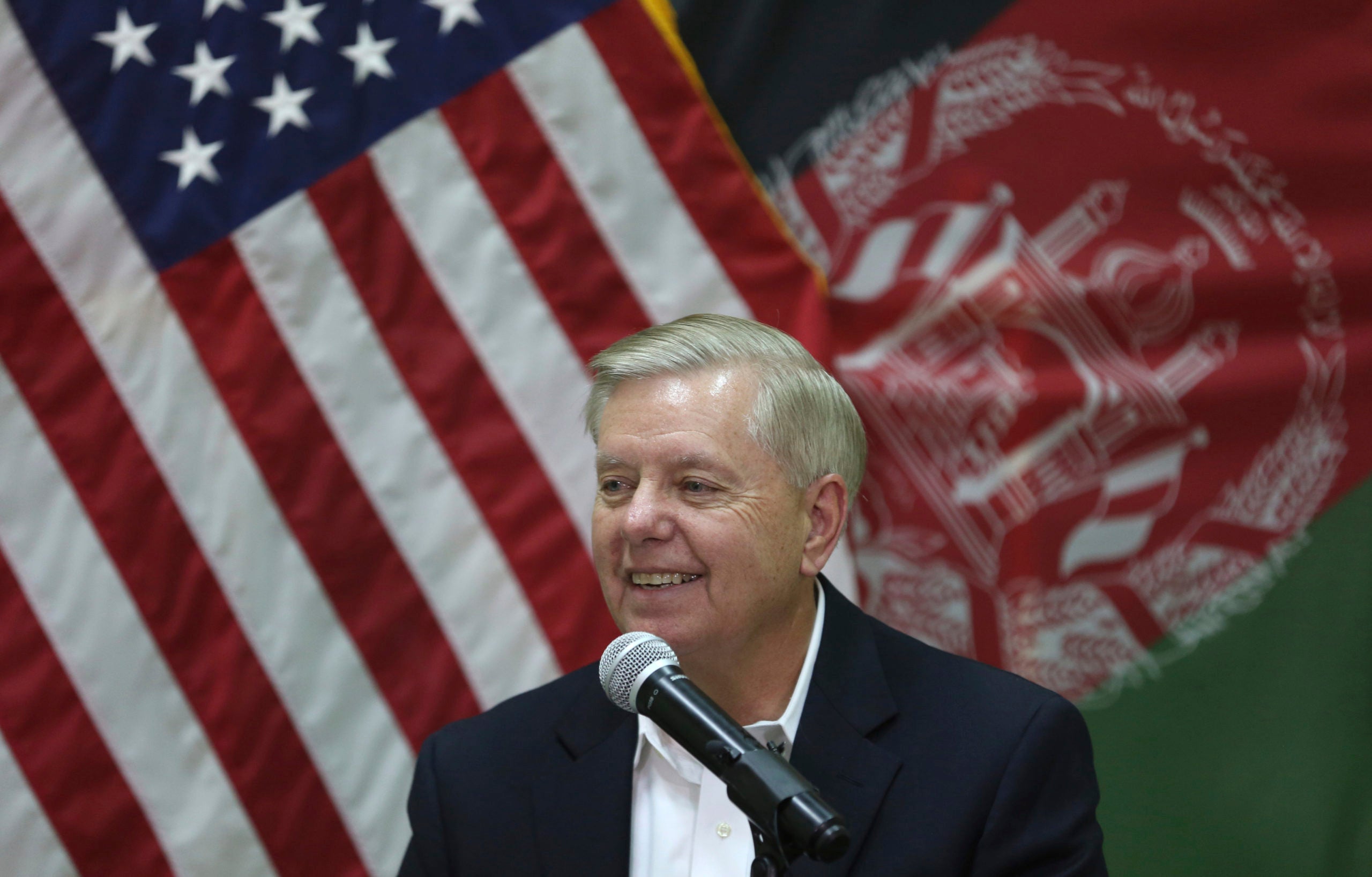 Speaking from the Afghan capital of Kabul, Graham said the president could reduce troop numbers to 8,600, down from the current 12,000. He said Afghanistan’s National Security Forces are up to the task of defending their country.

Still, Graham has opposed a full U.S. troop withdrawal, saying Monday that America’s withdrawal from Afghanistan must be “condition-based” and that the Taliban must keep the promises they make during talks.

Recently-resumed peace negotiations between the U.S. and Taliban are again “paused” after an attack Wednesday outside Bagram Air Base, north of Kabul.

He said reduction of force is possible this year as the Afghan forces are taking over and I support it.