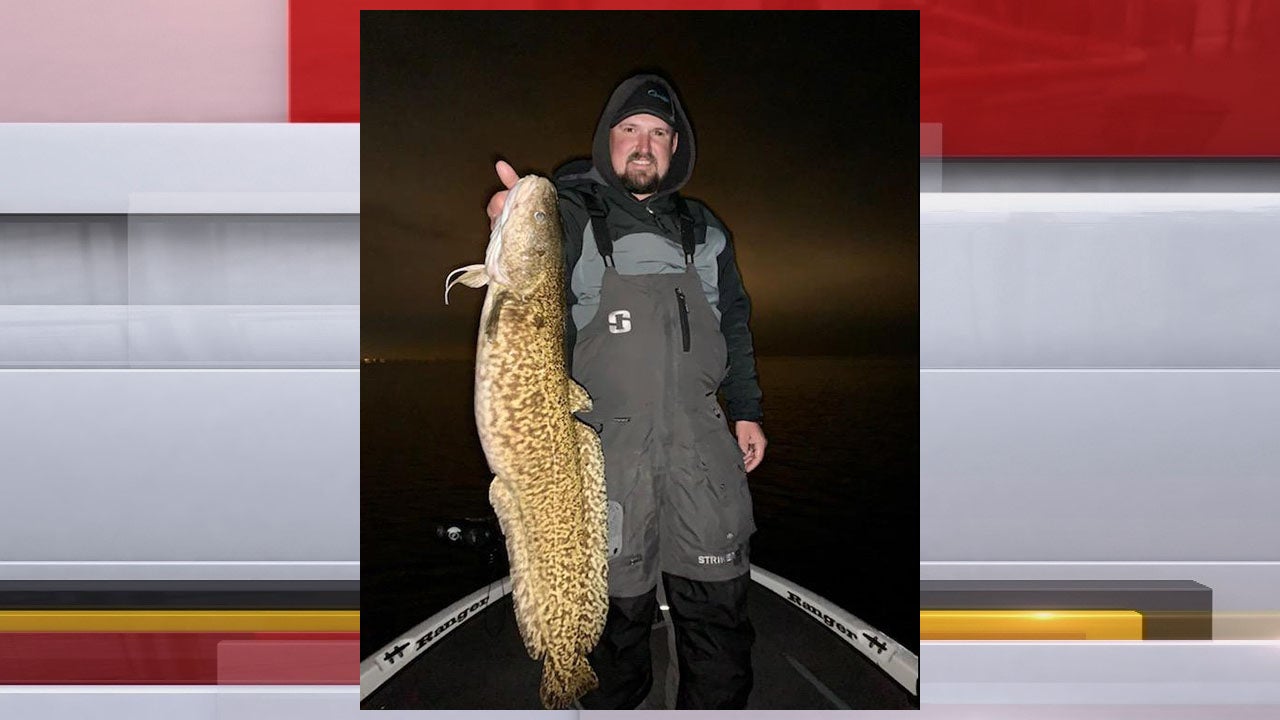 The department did not say where Duracz resides but noted he also holds another state record for Lake Whitefish on Lake Michigan, 9.34 pounds set in 2021.

Burbot, a freshwater fish, can appear to some people as a cross between a whiskered catfish and an eel. Burbots, a part of the cod family, are native to Lake Michigan and feed on other fish, the department says. Usually, burbots stay deep in the lake, but can be caught from November to April when water temperatures cool and the fish move closer to shore to feed. The burbot is often called a “poor man’s lobster” because of its similar taste to the crustaceans.

Ben Dickinson, a Lake Michigan fisheries biologist, said in a statement that recent warm weather and light winds gave anglers “excellent opportunities” on the waterway that’s usually quite dangerous for fishing in the winter.

Sean Konrad caught the largest burbot in the world, at 25 pounds 2 ounces, on March 27, 2010, on Lake Diefenbaker in Saskatchewan, Canada, according to The International Game Fish Association.